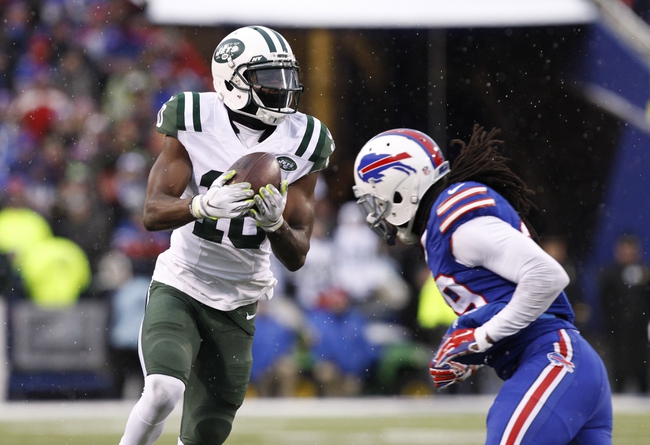 The New York Jets and Buffalo Bills meet up for Thursday Night Football in a battle of NFC East rivals with plenty of ties between the two sides.

The Jets head into Buffalo on Thursday night in a shortened week looking to crack the win column after a season opening loss at home against the Cincinnati Bengals and they will look to stick it to former coach Rex Ryan who swept both games against them last year. This also marks another return trip for former Bills turned Jets quarterback Ryan Fitzpatrick who had a modest season opener but is poised for a breakout season with a number of weapons to work with on the offensive side of the ball and a pretty stingy defense to boot. Matt Forte was strong in his Jets debut and is third in the NFL in rushing yards after the first week and with Brandon Marshall and Eric Decker both viable options through the air the Jets are certainly worthy of a play here against the Bills.

Buffalo meanwhile will look to shake off a season opening loss on the road to the Baltimore Ravens in what was a pretty lackluster game offensively for both teams as the defense came to play and kept the game well under the total. The Bills need to get Tyrod Taylor and company moving but it won’t be easy here either as the Jets have three pro bowl caliber studs on the defensive line and a frustrated Darelle Revis who was torched for one of his worst games as a pro against AJ Green last week so this Jets defense will be out to prove their worth and the line has shifted almost three points since it opened. The Bills will have the edge with a prime time home crowd on their side but the Jets fans will be a presence here as well in a game that is going to be very close and should very well come down to the wire.

The pick in this article is the opinion of the writer, not a Sports Chat Place site consensus.
Previous Pick
Week 2 NFL Survivor Pool Picks
Next Pick
Arizona Cardinals vs. Tampa Bay Buccaneers - 9/18/16 NFL Pick, Odds, and Prediction