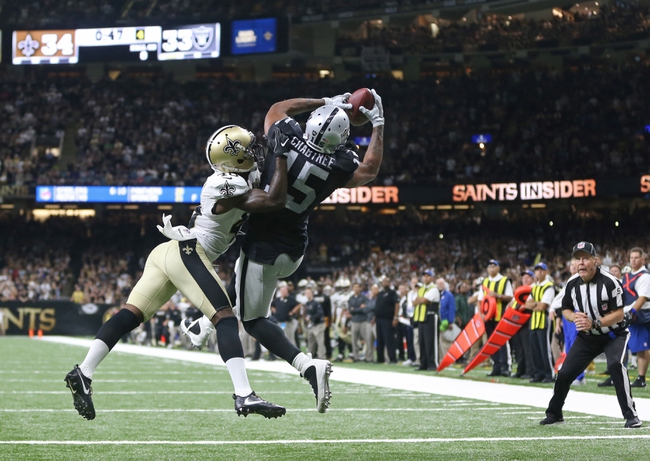 The Atlanta Falcons venture to the Black Hole to take on the Oakland Raiders in week 2 NFL action.

The Atlanta Falcons dropped a 31-24 home decision to the Tampa Bay Buccaneers in week 1. Matt Ryan looked great in his 2016 debut, completing 27 of 39 passes for 334 yards and 2 touchdowns. Tevin Coleman led a lackluster Atlanta ground attack that consisted of Coleman, Devonta Freeman and Matt Ryan, who combined for 52 yards on 22 carries. The plus for Coleman is that he also led the team in receiving with 95 yards on 5 catches, while Mohamed Sanu hauled in 5 balls for 80 yards and a touchdown. Atlanta had a quiet game on the defensive front with a Desmond Trufant interception of Bucs QB Jameis Winston being the only major event to occur for Atlanta defensively.

The Oakland Raiders escaped the Superdome with a 35-34 victory over the New Orleans Saints. The big story coming out of that game was Oakland and head coach Jack Del Rio’s gutsy call to go for a 2-point conversion to win the game rather than kick the PAT to force overtime, and luckily for Del Rio the convert was good.Derek Carr had a great game, completing 24 of 38 passes for 319 yards and a touchdown. Jalen Richard led the Raiders on the ground with 84 yards on 3 carries including a 75 yard touchdown run. LaTavius Murray saw the bulk of the carries for the Raiders, racking up 59 yards and a touchdown on 14 carries. Amari Cooper led the Raiders receiving core with 6 catches for 137 yards and Michael Crabtree was not far behind with 7 catches of his own for 87 yards. The Raiders were able to get after the Saints a little bit, forcing 2 fumbles and recording a sack on the day.

I’m not sure what it is, but this Oakland team has a certain swagger about them that just gives me the vibe that they’re going to come out firing this week. Atlanta is a better defensive team than New Orleans, by far. But Oakland is going to be that one team that surprises everybody this season.

Lay the points with the Raiders.