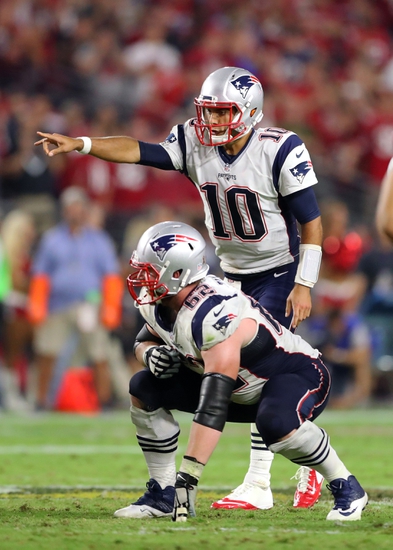 The Miami Dolphins head to Foxborough to take on the New England Patriots in week 2 NFL action.

The Miami Dolphins dropped a heartbreaker to the heavily favored Seattle Seahawks last Sunday, falling by a score of 12-10. Miami had the lead with under a minute left until Russell Wilson connected with Doug Baldwin for a 2-yard touchdown to seal the Dolphins fate. Ryan Tannehill completed 16 of his 29 attempts for 186 yards. Arian Foster had a lackluster debut for his new team, putting up a mere 38 yards on 13 attempts, however he made up for it through the air, leading the team with 62 receiving yards on 3 receptions. Jarvis Landry led all receivers with 7 catches for 59 yards. The Dolphins defense registered 2 sacks and an interception while recovering a fumble from the hands of Russell Wilson.

The New England Patriots were the talk of the football world after stunning the Arizona Cardinals 23-21 on Sunday Night Football. The Patriots overcame their first experience as a 9-point underdog for the first time in 15 years behind Jimmy Garoppolo, who is standing in for Tom Brady while he serves his 4-game suspension for his role in Deflategate, however Garoppolo showed he is more than capable of handling an NFL offense, for at least one week. Garoppolo went 24-33 for 264 yards and a touchdown, while LeGarrette Blount shouldered the load for the Patriots on the ground, racking up 70 yards on 22 carries. Julian Edelman hauled in 7 balls for 66 yards and Chris Hogan caught 3 passes for 60 yards of his own and New England’s lone touchdown through the air. And all of this was done without all-pro tight end Rob Gronkowski. The New England defense, which is anchored by names such as Jamie Collins and Donta’ Hightower, was able to record 3 sacks on the night.

I like many others did not think New England was going to beat Arizona, as that was the only game I foresaw the Pats losing without Brady. But now after seeing how Garoppolo ran the offense, I’m even more confident the Patriots will come out firing for the second consecutive week against a far less superior Dolphins defense.

Take the Patriots to cover.