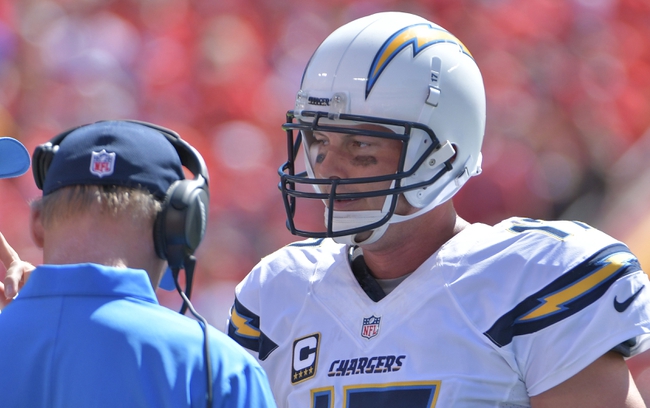 The Jacksonville Jaguars look to build on their competitive showing last week against the Green Bay Packers. Blake Bortles is completing 61.5 percent of his passes for 320 yards, one touchdown and one interception. Bortles now has six touchdown passes in his last four games. Allen Hurns and Allen Robinson have combined for 147 receiving yards on 10 catches while Julius Thomas has five receptions. The Jacksonville Jaguars ground game is averaging 48 yards per contest, and T.J. Yeldon leads the way with 39 yards and one touchdown. Defensively, Jacksonville is allowing 27 points and 294 yards per game. Johnathan Cyprien leads the Jaguars with nine tackles, Jared Odrick has one sack and Prince Amukamara has one pass deflection.

The San Diego Chargers have to get back on the wagon after blowing a massive lead against the Kansas City Chiefs. Philip Rivers is completing 69.4 percent of his passes for 243 yards, one touchdown and zero interceptions. Rivers has seven touchdown passes in his last four games. Tyrell Williams and Travis Benjamin have combined for 103 receiving yards on nine catches while Danny Woodhead has five receptions. The San Diego Chargers ground game is averaging 155 yards per contest, and Woodhead leads the way with 89 yards on 16 carries. Defensively, San Diego is allowing 33 points and 413 yards per game. Manti Te'o leads the Chargers with 10 tackles, Brandon Mebane has one sack and Jason Verrett has one interception.

The Chargers didn't get the result they wanted, but they still went into Kansas City and outplayed a legit playoff team for three quarters. The Jags also showed signs of life against a Super Bowl contender but couldn't find a way to finish the game, a lot like San Diego. The difference for me in this game is the travel, as teams flying across the country rarely have success. Also, Jacksonville has lost 16 of its last 17 road games SU. Sixteen of its last seventeen road games!

I have to side with the Chargers and the small line.