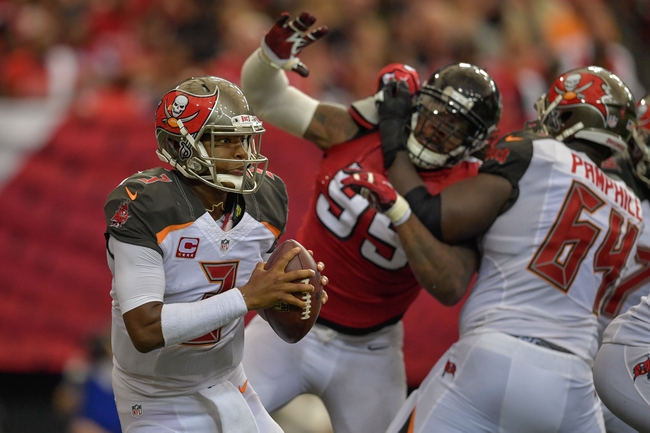 The Tampa Bay Cardinals make the trip to Arizona to take on the Cardinals in week 2 NFL action.

The Tampa Bay Buccaneers took care of business in week 1, defeating the Atlanta Falcons by a final score of 31-24. Jameis Winston had an impressive season debut, completing 23 of his 32 attempts for 281 yards, 4 touchdowns and an interception.

Doug Martin racked up 62 rushing yards on 18 attempts to lead the Buccaneers on the ground while Mike Evans led the Aerial assault for the Bucs, hauling in 5 balls for 99 yards and a touchdown, Winston’s fourth of the game. The Bucs had a productive day defensively, sacking Matt Ryan 3 times and holding the Falcons to just 52 yards on the ground, the second lowest total in week 1.

The Arizona Cardinals had probably the most disappointing loss of week 1, falling 23-21 at the hands of the Brady and Gronk-less New England Patriots on Sunday Night Football. Carson Palmer threw for 271 yards on 24-37 passing and 2 touchdowns. David Johnson saw pretty much all of the workload for the Cardinals in terms of their ground attack, taking 18 of the team’s 21 carried for 89 yards and a touchdown. Larry Fitzgerald seems like the ageless wonder, once again leading the Cardinals receivers, hauling in 8 passes for 81 yards and 2 touchdowns. Deuces  were wild for the Cardinals defensively, registering 2 sacks, 2 interceptions and 2 forced fumbles.

The Cardinals couldn’t get it done against a Patriots team that had it’s two biggest players missing, so I’m not sure I can back them against a hungry Bucs squad. Tampa Bay looked good against Atlanta and I think they’ll keep this game closer than the line suggests.

Give me Tampa Bay and the points.