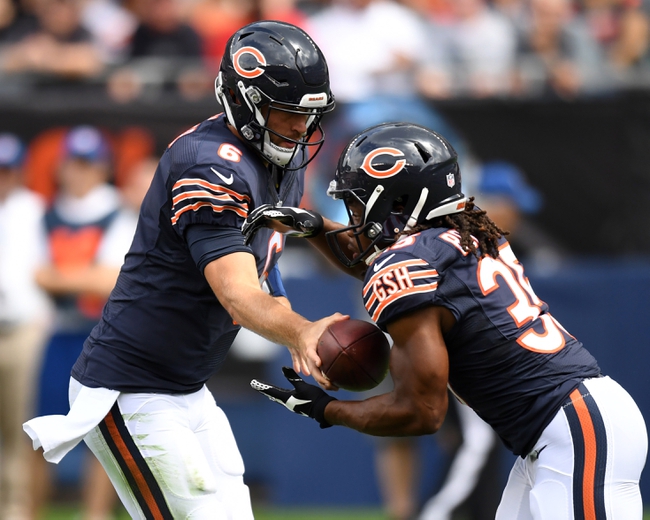 The Philadelphia Eagles and Chicago Bears square off Monday night at Soldier Field on ESPN.

The Philadelphia Eagles look to prove they’re for real after making light work of the Cleveland Browns last week. Carson Wentz is completing 59.5 percent of his passes for 278 yards, two touchdowns and zero interceptions. Wentz now enters this game with 37 career pass attempts under his belt. Jordan Matthews and Zach Ertz have combined for 172 receiving yards and one touchdown while Nelson Agholor has four receptions. The Philadelphia Eagles ground game is averaging 133 yards per contest, and Ryan Mathews leads the way with 77 yards and one touchdown. Defensively, Philadelphia is allowing 10 points and 288 yards per game. Nigel Bradham leads the Eagles with five tackles, Fletcher Cox has one sack and Rodney McLeod has one interception.

The Chicago Bears hope for a bounce back performance after getting beat up last week by the Houston Texans. Jay Cutler is completing 55.2 percent of his passes for 216 yards, one touchdown and one interception. Cutler has eight touchdown passes in his last five games. Alshon Jeffery and Eddie Royal have combined for 162 receiving yards and one touchdown while Kevin White has three receptions. The Chicago Bears ground game is averaging 73 yards per contest, and Jeremy Langford leads the way with 57 yards and one touchdown. Defensively, Chicago is allowing 23 points and 344 yards per game. Jerrell Freeman leads the Bears with 17 tackles, Danny Trevathan has one sack and Tracy Porter has one interception.

I was on the Eagles last week and it paid off easily. Now, playing the Browns at home with a rookie quarterback is a lot easier than going on the road and playing the Bears Monday night. The Bears are an experienced team with some solid weapons offensively and are due for a home win after not winning one since October 4. Wentz looked sharp in his debut but I'm not counting on him in his first road game under the bright lights of Monday night.

The Bears should be able to get the job done and come away with their first home win in nearly a year.

The pick in this article is the opinion of the writer, not a Sports Chat Place site consensus.
Previous Pick
Pittsburgh Steelers vs. Cincinnati Bengals - 9/18/16 NFL Pick, Odds, and Prediction
Next Pick
Free NFL Picks for Week 2 2016