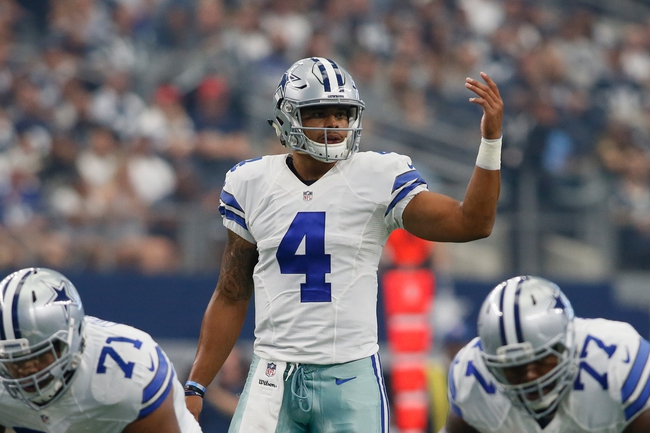 The Chicago Bears are in desperate need of a victory after losing six of their last seven regular season games. Jay Cutler is completing 60.9 percent of his passes for 373 yards, one touchdown and two interceptions. Cutler is questionable for this game due to a hand injury. Alshon Jeffery and Eddie Royal have combined for 310 receiving yards and one touchdown while Kevin White has seven receptions. The Chicago Bears ground game is averaging 68.5 yards per contest, and Jeremy Langford leads the way with 85 yards and two touchdowns. Defensively, Chicago is allowing 26 points and 312 yards per game. Jerrell Freeman leads the Bears with 22 tackles, Danny Trevathan has one sack and Tracy Porter has one interception.

The Dallas Cowboys look to get a game above a .500 record and snap a rough eight home game losing streak. Dak Prescott is completing 62.7 percent of his passes for 519 yards, zero touchdowns and zero interceptions. Prescott enters this game with 75 career pass attempts under his belt. Cole Beasley and Jason Witten have combined for 257 receiving yards on 25 catches while Dez Bryant has eight receptions. The Dallas Cowboys ground game is averaging 101.5 yards per contest, and Ezekiel Elliott leads the way with 134 yards and two touchdowns. Defensively, Dallas is allowing 21.5 points and 374 yards per game. Sean Lee leads the Cowboys with 20 tackles, Orlando Scandrick has one sack and Barry Church has one interception.

The Cowboys have looked decent in their first two games and were a few yards away from being a 2-0 team right now. Meanwhile, the Bears have been a complete mess and don't seem to be getting any better with injuries to Cutler and majority of their key defensive players. Right now, Chicago has six defensive players who are questionable, incluing Lamaer Houston, Eddie Goldman and Adrian Amos. You can't expect the Bears to keep this close with the way they've played and now so many banged up bodies.