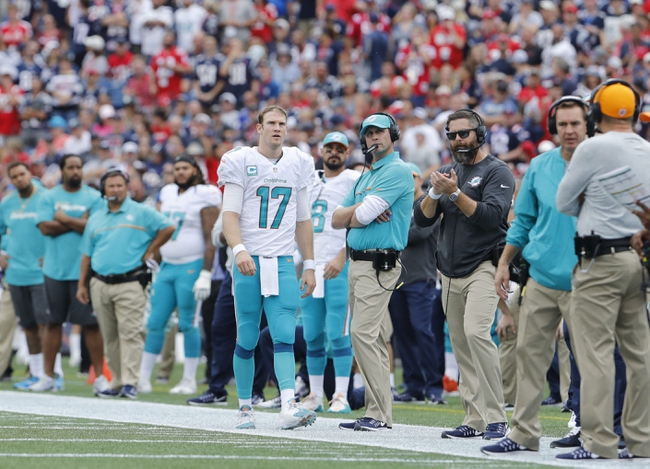 The Cleveland Browns and Miami Dolphins play in a battle between two 0-2 teams Sunday afternoon at Hard Rock Stadium.

The Cleveland Browns head into this contest losing 12 of their last 13 regular season games. Cody Kessler will make his NFL debut when he takes the field replacing the injured Josh McCown. This will be the Browns fifth different starting quarterback the last five games. Corey Coleman and Terrelle Pryor have combined for 273 receiving yards and two touchdowns while Duke Johnson Jr. has seven receptions. The Cleveland Browns ground game is averaging 132.5 yards per contest, and Isaiah Crowell leads the way with 195 yards and two touchdowns. Defensively, Cleveland is allowing 27 points and 392.5 yards per game. Demario Davis leads the Browns with 16 tackles, Christian Kirksey has one sack and Joe Haden has two interceptions.

The Miami Dolphins make their home debut in their revamped stadium that made some major additions during the offseason. Ryan Tannehill is completing 64.9 percent of his passes for 575 yards, two touchdowns and two interceptions. Tannehill has at least one touchdown pass in seven of his last 10 games. Jarvis Landry and DeVante Parker have combined for 302 receiving yards on 25 catches while Arian Foster has three receptions. The Miami Dolphins ground game is averaging 67 yards per contest, and Tannehill leads the way with 52 yards and one touchdown. Defensively, Miami is allowing 21.5 points and 408.5 yards per game. Kiko Alonso leads the Dolphins with 22 tackles, Ndamukong Suh has one sack and Isa Abdul-Quddus has one interception.

We know about the Browns brutal regular season record over their last 13 games and the fact they're playing a rookie quarterback with zero NFL experience. However, the Browns have also lost five of their last six road games by double digits. Say what you want about the Dolphins, but they lost to two Super Bowl contenders on the road by one score. At home, and against this lousy team, the Dolphins should win in a rare blowout.

I don't do big chalk often, but Miami by double digits is doable.