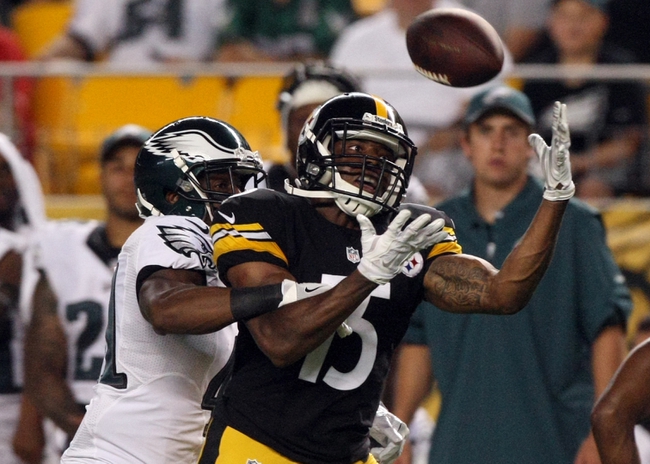 The Pittsburgh Steelers make the 5 hour drive down I-76 to take on their in-state rival, the Philadelphia Eagles in week 3 NFL action.

The Pittsburgh Steelers improved to 2-0 with a hard-fought 24-16 victory over the Cincinnati Bengals. Ben Roethlisberger completed just over half of his 37 attempts, connecting on 19 passes for 259 yards and 3 touchdowns however 2 scores were negated on his stat line by way of 2 interceptions from Dre Kirkpatrick and Adam Jones. DeAngelo Williams continues to make the most out of LeVeon Bell’s absence due to suspension, racking up 94 yards on 32 carries while hauling in 4 passes for 38 yards and a receiving touchdown to lead the Pittsburgh ground attack. Sammie Coates led the Steelers receiving core with 2 catches for 97 yards, while Antonio Brown had a slow day by his standards, catching 4 passes for 39 yards. The Pittsburgh defense didn’t do much to impress in week 2, allowing over 400 total yards of Cincinnati offense even though they came out on top. The lone bright spots came by way of a sack by Arthur Moats, a forced fumble by James Harrison and a fumble recovery by Cameron Heyward and Robert Golden.

The Philadelphia Eagles improved to 2-0 by earning a 29-14 road victory over the Chicago Bears on Monday Night Football. Carson Wentz had a 2nd consecutive successful outing for the Eagles, completing 21 of 34 passes for 190 yards and a touchdown while avoiding an interception through two games to start his NFL career. The workload out of Philly’s backfield was spread out pretty even between Darren Sproles and Ryan Mathews, with Sproles gaining 40 yards on 12 carries and Mathews following behind with 9 carries for 32 yards. Jordan Matthews led the Eagles in receiving for the second consecutive week, logging 6 receptions for 71 yards as tight end Trey Burton caught 5 passes for 49 yards and Wentz’s lone touchdown of the evening. The Eagles defense got after the Bears on Monday, recording 3 sacks, an interception and 2 forced fumbles, both of which were recovered by Philadelphia.

Although Wentz looked good in his primetime debut, and on the road no less, he now has to face a Steelers team that has to be brimming with confidence after knocking off a hated division rival in the Bengals. Pittsburgh has the advantage in almost every category here, so it’s hard to look anywhere else but the Steelers.