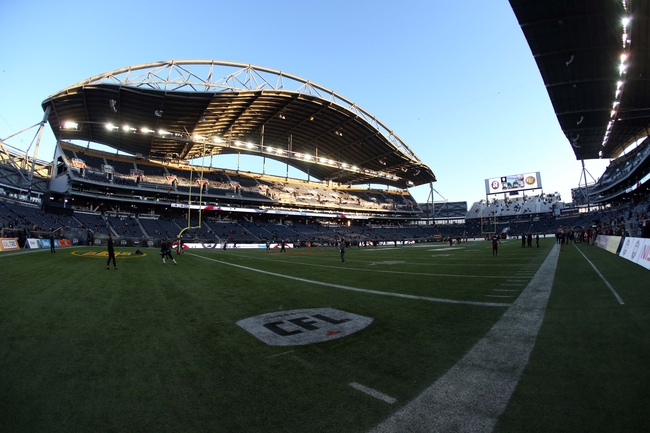 The Edmonton Eskimos look for some consistency after splitting their last eight games. Mike Reilly is completing 70.1 percent of his passes for 4,353 yards, 21 touchdowns and 11 interceptions. Reilly has four touchdown passes in his last three games. Adarius Bowman and Derel Walker have combined for more than 2,600 receiving yards and 14 touchdowns while Cory Watson has 43 receptions. The Edmonton Eskimos ground game is averaging 91.4 yards per contest, and John White leads the way with 429 yards and three touchdowns. Defensively, Edmonton is allowing 28.8 points and 399.5 yards per game. Deon Lacy leads the Eskimos with 69 tackles, Almondo Sewell has eight sacks and J.C. Sherritt has three interceptions.

The Winnipeg Blue Bombers haven’t lost back-to-back games since the middle of July. Matt Nichols is completing 69.5 percent of his passes for 2,214 yards, 10 touchdowns and two interceptions. Nichols has three touchdowns in his last three games. Weston Dressler and Darvin Adams have combined for more than 1,100 receiving yards and four touchdowns while Clarence Denmark has 35 receptions. The Winnipeg Blue Bombers ground game is averaging 83.5 yards per contest, and Andrew Harris leads the way with 677 yards and four touchdowns. Defensively, Winnipeg is allowing 23.4 points and 419.7 yards per game. Kevin Fogg leads the Blue Bombers with 61 tackles, Jamaal Westerman has five sacks and Maurice Leggett has six interceptions.

Edmonton has owned Winnipeg over the years with wins in eight of the last 10 meetings, but one of those losses came in the last meeting. The Blue Bombers have been far more consistent overall and have won four straight home games. Meanwhile, the Eskimos have been hit or miss the last several months and have struggled on the road recently. I'll take the home team and the small line.

The pick in this article is the opinion of the writer, not a Sports Chat Place site consensus.
Previous Pick
Cincinnati Bengals vs. Miami Dolphins - 9/29/16 NFL Pick, Odds, and Prediction
Next Pick
Calgary Stampeders vs. Hamilton Tiger-Cats CFL Pick, Odds, Prediction - 10/1/16