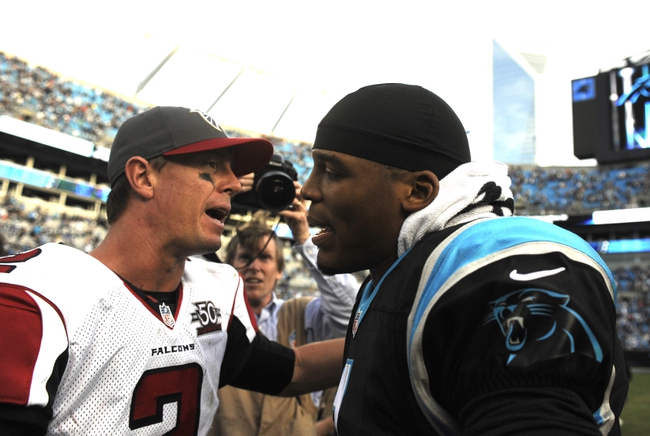 The Carolina Panthers and Atlanta Falcons square off Sunday afternoon in a key NFC South game at the Georgia Dome.

The Carolina Panthers hope to bounce a shaky 1-2 start by snagging their first road win of the season. Cam Newton is completing 58.3 percent of his passes for 809 yards, five touchdowns and five interceptions. Newton has two or more touchdown passes in five of his last eight games. Greg Olsen and Kelvin Benjamin have combined for 458 receiving yards and four touchdowns while Ted Ginn Jr. has six receptions. The Carolina Panthers ground game is averaging 146 yards per contest, and Fozzy Whittaker leads the way with 135 yards on 24 carries. Defensively, Carolina is allowing 23.3 points and 273.3 yards per game. Luke Kuechly leads the Panthers with 34 tackles, Thomas Davis has one sack and James Bradberry has one interception.

The Atlanta Falcons look to build on their surprising 2-1 start by picking up their first home win of the season. Matt Ryan is completing 70.9 percent of his passes for 970 yards, seven touchdowns and one interception. Ryan has two or more touchdown passes in four straight games. Julio Jones and Tevin Coleman have combined for 355 receiving yards and two touchdowns while Jacob Tamme has 14 receptions. The Atlanta Falcons ground game is averaging 136 yards per contest, and Devonta Freeman leads the way with 265 yards on 42 carries. Defensively, Atlanta is allowing 30.3 points and 433 yards per game. Kemal Ishmael leads the Falcons with 27 tackles, Desmond Trufant has one sack and Robert Alford has three pass deflections.

The Panthers don't look like the Panthers from last year and now have to go into a building that produced their only regular season loss. The Falcons have been a surprise team out of the gate and are being led by a quarterback who looks like the quarterback of old. Ryan is playing some good football right now and is getting help from a top-five rushing attack. The Falcons have impressed me in the first few weeks and I think they can win this game outright at home. However, there's great value with the field goal and the hook.