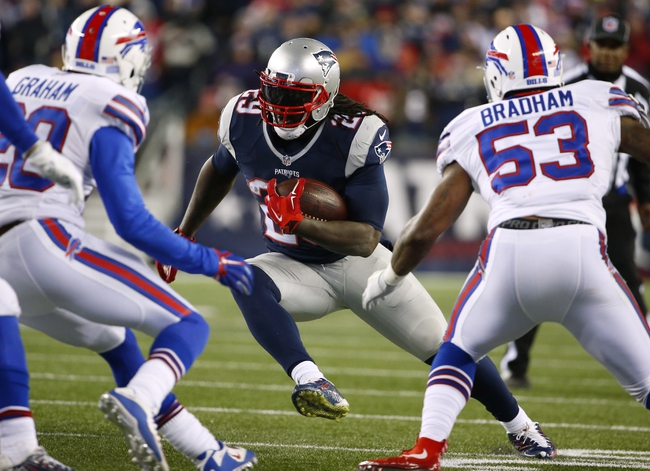 The Buffalo Bills head to Foxborough for a division tilt with the undefeated New England Patriots in week 4 NFL action.

The Buffalo Bills got their first win of the season defeating the Arizona Cardinals by a score of 33-18 to enter week 4 with a 1-2 record. Tyrod Taylor didn't have his most productive day through the air, completing only 14 of his 25 pass attempts for 119 yards and an interception. Taylor made up for it on the ground, racking up 76 yards on 9 carries and a touchdown. However LeSean McCoy ruled the day on the ground for the Bills, logging 110 yards on 17 carries with 2 touchdowns,  his first big game of 2016. Robert Woods led the aerial attack for the Bills, hauling in 6 passes for 51 yards on the day. The Bills had one of the standout defensive performances in week 3, by way of 4 total sacks from Lorenzo Alexander, Corey Graham, Jerry Hughes and Kyle Williams to go along with 4 picks of Arizona QB Carson Palmer by Corey White, Corey Graham and 2 from Stephon Gilmore.

The New England Patriots continue to impress after improving to 3-0 with a 27-0 victory over the Houston Texans. Jacoby Brissett may have only had 103 yards passing on 11 for 19 passing, but he made up for it on the ground with 8 carries for 48 yards including his first career NFL touchdown, a 27 yard scamper into the end zone. LeGarrette Blount made good use of his 24 carries, logging 105 yards and 2 touchdowns. Julian Edelman led the Patriots receiving core with 4 receptions for 38 yards, however there is some speculation that Edelman could be the week 4 starter at quarterback due to Jimmy Garoppolo nursing a shoulder injury and the aforementioned Brissett suffering a thumb injury in the week 3 victory. Edelman does have some experience though as he played quarterback in college at Kent State University. New England had a solid day defensively, holding Houston to 284 yards of total offense, helped along by 2 Jabaal Sheard sacks and a Jamie Collins interception of Houston QB Brock Osweiler.

There’s no word on who is starting for New England yet, but I’m not sure it matters. If there’s one team that knows how to win with adversity, it’s New England. I mean come on, they are 3-0 with their backup and third-string QB leading the way. That will change in week 5 when Tom Brady returns from suspension, but until he does I’m not sure how you can go with any other option but New England.