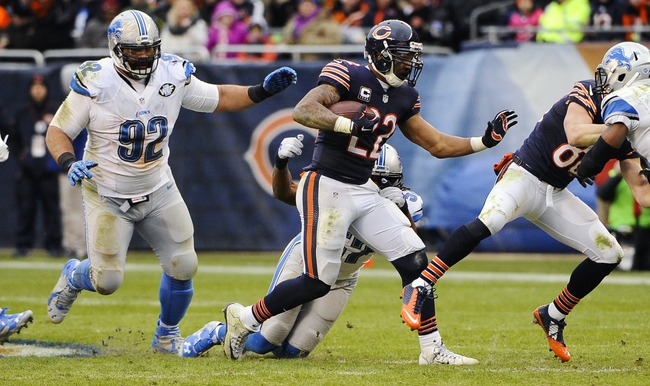 The Chicago Bears and the Detroit lions face off on Sunday at Soldier Field in a Week 4 NFL NFC North battle.

The Chicago Bears are still looking for their first win of the season as they haven’t been all that competitive starting the year 0-3. The Bears offense is averaging a dreadful 15 points and 310.7 yards per game and they aren’t helping themselves any with a minus 4 turnover ratio. At QB, Chicago is going with Brian Hoyer who has taken over for the injured Jay Cutler, and he has completed 63.9 percent of his passes with two touchdowns and no interceptions and he has yet to be sacked. The Bears backfield is also a mess with Jeremy Langford now out and Jordan Howard now being called upon and while he is capable they are getting thin at RB. Zach Miller is Chicago’s leading receiver with 15 receptions and 2 touchdowns and Alshon Jeffery has 14 catches and Kevin White has 13 catches. The Bears defense has been hung out to dry and they have allowed 27.7 points and 357 yards per game with 1 interception, 2 fumble recoveries, and 4 sacks. Jerell Freeman is Chicago’s top tackler with 34, Jacoby Glenn has 19, and Harold Jones-Quartey has 17. No team has made the playoffs after starting 0-3 and the Bears are looking like that trend will continue.

The Detroit Lions are 1-2 this season after winning their opener but falling in their last two games. The Lions offense is doing their job averaging 27 points and 413.7 yards per game and they have a minus 1 turnover ratio. Detroit QB Matthew Stafford has completed 67.5 percent of his passes with 7 touchdowns and 2 interceptions. The Lions backfield took a hit as Ameer Abdullah is out for the season but Theo Riddick is averaging 3.3 yards per carry with a touchdown and he has 16 receptions and a touchdown. The Lions receivers are led by Marvin Jones with 18 catches and 2 touchdowns, Eric Ebron with 14 catches, and Golden Tate with 13 catches. The Lions defense has been getting gashed allowing 28.3 points and 379 yards per game with 1 interception, 1 fumble recovery, and 7 sacks. Tahir Whitehead is Detroit’s leading tackler with 23, Tavon Wilson has 14, and Kerry Hyder has 4 sacks. This is a pivotal game for the Lions and their second in a row on the road.

I am a little skittish on this one as it seems almost too easy since the Bears have been so bad but I will go with what the numbers and my gut both say and that us the Lions don’t beat themselves and get the win and the cover.