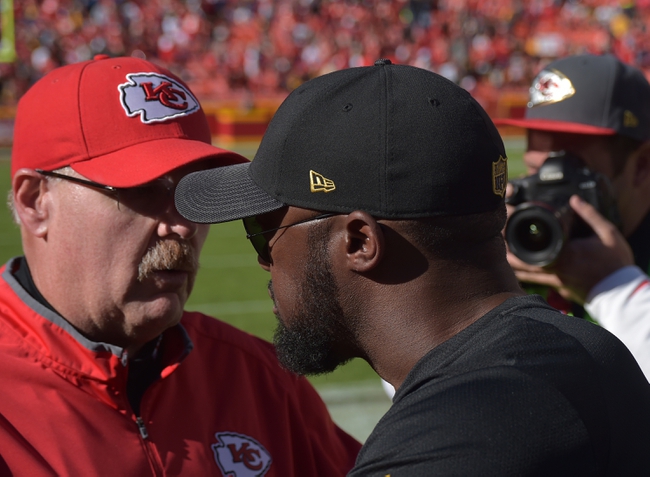 The Pittsburgh Steelers look to shake off their ugly loss against the Eagles as they host the Kansas City Chiefs on Sunday.

The Chiefs went absolutely crazy on defense last weekend as they picked off Ryan Fitzpatrick on six different occasions, added two fumble recoveries, allowed just three points, and scored two touchdowns in what was one of the most impressive outings of the season for any unit. The Chiefs will look for more of the same on the road against the high octane offense of the Pittsburgh Steelers and they will have to deal with Le’Veon Bell in this one who returns after his three game suspension and you can be sure he will look to make up to his teammates with a big effort. Kansas City though could get their own running back returning here as Jamaal Charles is questionable to make his season debut and while it could take another week or two before we finally see him back there is still hope he suits up against the Steelers.

Pittsburgh is coming off an ugly outing against their in-state rivals from Philadelphia and you can bet that Ben Roethlisberger will be out to change the culture of this team after a very humbling performance that drew a lot of criticism. The Steelers are without Ryan Shazier in this one which is a huge blow to their defense and should allow the Chiefs to have some success moving the ball, and while they don’t have the greatest offensive unit and could struggle playing at Heinz Field I think Alex Smith can do enough to keep this game close and not allow the Steelers offense to run away with things.