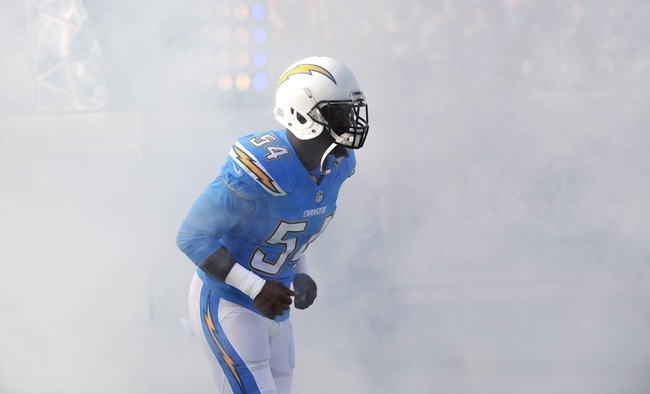 The San Diego Chargers and the New Orleans Saints face off on Sunday in Week 4 NFL action.

The San Diego Chargers are off to a 1-2 start to the season after falling in week 3 at Indianapolis to the Colts.  The Chargers offense is averaging a 3rd best in the NFL 29 points per game and 367 yards and they have a plus 2 turnover ratio. San Diego QB Phillip Rivers has completed 68.7 percent of his passes with 5 touchdowns without throwing an interception. The Chargers rushing attack is led by Melvin Gordon who is averaging 3.6 yards per carry with 4 touchdowns and Travis Benjamin is the top receiver with 17 catches and 2 touchdowns. The Chargers defense is allowing 24.3 points and 4-3.7 yards per game with 4 interceptions, 3 fumble recoveries, and 7 sacks. Brandon Flowers is the Chargers top tackler with 19, Denzel Perryman has 18 tackles, and Melvin Ingram has 2 sacks. The Chargers have been close in their losses and are a few plays away from being unbeaten.

The New Orleans Saints are off to a 0-3 start to the season after losing at home to their arch rivals the Atlanta Falcons on Monday Night Football. The Saints offense is averaging 26.3 points and a third best in the NFL 423 yards per game with a net zero turnover ratio. New Orleans QB Drew Brees has completed 66.4 percent of his passes with 8 touchdowns and 1 interception while being sacked 5 times. Mark Ingram is the Saints top rusher averaging 4.6 yards per carry while Michael Thomas is the top receiver with 17 catches and a touchdown and Brandin Cooks has 15 catches and 2 touchdowns. The Saints defense is 31st both in points and yards allowed with 32 points and 448.3 yards against per game with 3 fumble recoveries and 4 sacks. Craig Robertson leads the Saints with 35 tackles, Jairus Byrd has 17 tackles, and Kenny Vaccaro has 16 tackles. The Saints can’t stop teams from moving the ball and scoring and their offense can’t keep up.

Saints games have meant points and I don’t see this one being any different so my play here is going to be the over.