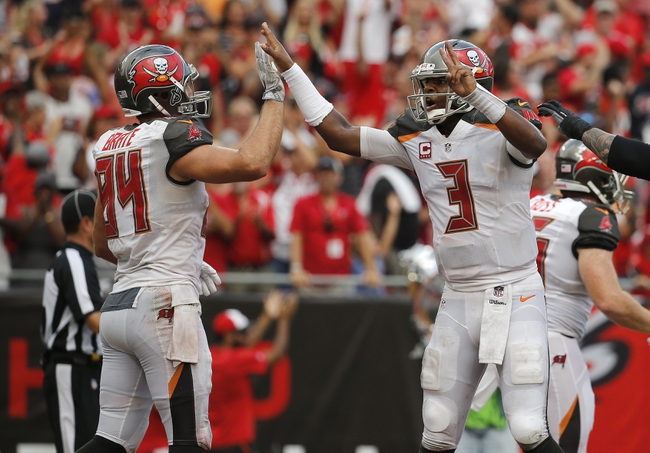 The Denver Broncos and Tampa Bay Buccaneers square off late Sunday afternoon in an interesting matchup at Raymond James Stadium.

The Denver Broncos look for back-to-back road wins and their ninth straight victory when you include their Super Bowl run. Trevor Siemian is completing 67 percent of his passes for 756 yards, five touchdowns and three interceptions. Siemian is coming off his best game yet in which he threw four touchdowns against the Bengals. Demaryius Thomas and Emmanuel Sanders have combined for 443 receiving yards and three touchdowns while Virgil Green has seven receptions. The Denver Broncos ground game is averaging 111.3 yards per contest, and C.J. Anderson leads the way with 203 yards and two touchdowns. Defensively, Denver is allowing 19 points and 306 yards per game. Brandon Marshall leads the Broncos with 19 tackles, Von Miller has five sacks and Chris Harris Jr. has five pass deflections.

The Tampa Bay Buccaneers hope to get their first home victory to get back to a .500 record. Jameis Winston is completing 60.6 percent of his passes for 929 yards, eight touchdowns and six interceptions. Winston has two or more touchdown passes in four of his last six games. Mike Evans and Adam Humphries have combined for 502 receiving yards and three touchdowns while Charles Sims has 12 receptions. The Tampa Bay Buccaneers ground game is averaging 86 yards per contest, and Sims leads the way with 88 yards and one touchdown. Defensively, Tampa Bay is allowing 33.7 points and 370 yards per game. Kwon Alexander leads the Buccaneers with 31 tackles, Lavonte David has one sack and Bradley McDougald has two pass deflections.

Tampa Bay is capable of winning this game if it plays to its full potential, but we have yet to see that team this season. Winston has been a turnover machine and now he's going up against the best defense in the league. The Broncos have just been on a high since late last season and continue to rise to the occasion no matter who or where they play. It's hard to fade Denver with the way it's played and the fact it's been covering while winning these games.

I'll gladly take the Broncos and the small line.

The pick in this article is the opinion of the writer, not a Sports Chat Place site consensus.
Previous Pick
Ottawa Redblacks vs. BC Lions CFL Pick, Odds, Prediction - 10/1/16
Next Pick
San Francisco 49ers vs. Dallas Cowboys - 10/2/16 NFL Pick, Odds, and Prediction