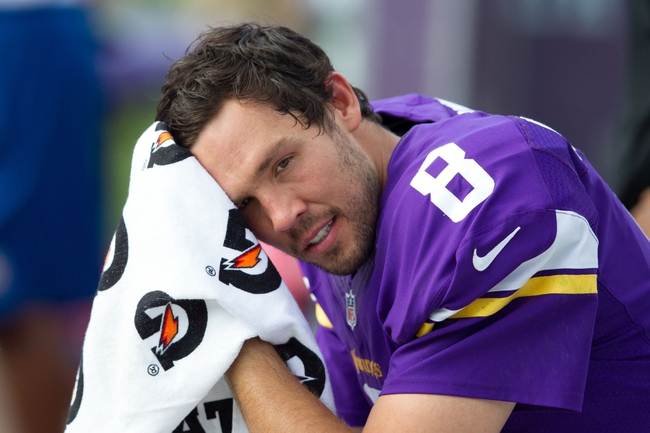 The New York Giants look to get off to a solid 3-1 start by picking up a second road victory. Eli Manning is completing 71 percent of his passes for 925 yards, four touchdowns and three interceptions. Manning has two or more touchdown passes in four of his last eight games. Odell Beckham Jr. and Sterling Shepard have combined for 513 receiving yards and two touchdowns while Victor Cruz has 11 receptions. The New York Giants ground game is averaging 99 yards per contest, and Shane Vereen leads the way with 147 yards and one touchdown. Defensively, New York is allowing 20.3 points and 339.7 yards per game. Jonathan Casillas leads the Giants with 26 tackles, Landon Collins has one sack and Jason Pierre-Paul has two pass deflections.

The Minnesota Vikings look to start the year 4-0 for the first time since the 2009 season. Sam Bradford is completing 67.8 percent of his passes for 457 yards, three touchdowns and zero interceptions. Bradford has two touchdown passes in four of his last seven games. Stefon Diggs and Kyle Rudolph have combined for 491 receiving yards and three touchdowns while Adam Thielen has 11 receptions. The Minnesota Vikings ground game is averaging 51 yards per contest, and Jerick McKinnon leads the way with 53 yards on 19 carries. Defensively, Minnesota is allowing 13.3 points and 295 yards per game. Eric Kendricks leads the Vikings with 23 tackles, Linval Joseph has three sacks and Trae Waynes has two interceptions.

The Vikings have just won two straight games against Super Bowl contenders and now return to their new digs where the crowd gets nasty.  The Vikings defense has proven its elite and has allowed no more than 17 points in six straight reuglar season games. I like the Giants potential and improved defense, but they've been barely skating by in their first three games and have yet to face a defense of this level. The Vikings by a touchdown here is an easy bet for me.

The pick in this article is the opinion of the writer, not a Sports Chat Place site consensus.
Previous Pick
Toronto Argonauts vs. Montreal Alouettes CFL Pick, Odds, Prediction - 10/2/16
Next Pick
Free NFL Picks, Previews, Odds, Schedule, and TV Info for Every Game for Week 4 2016