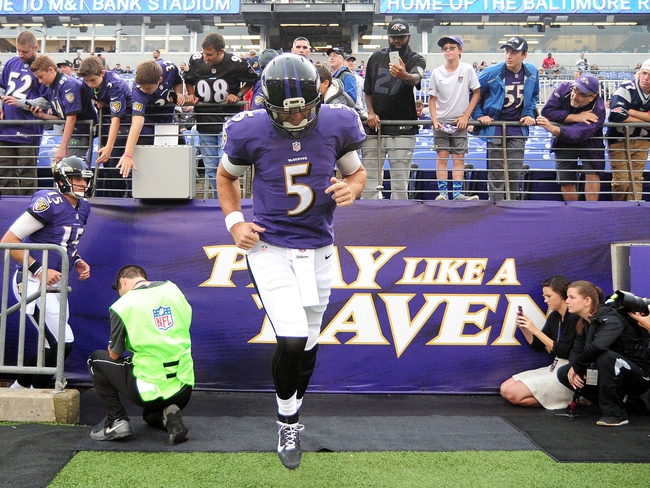 The Washington Redskins look for their second road win of the season to get a game above a .500 record. Kirk Cousins is completing 66.2 percent of his passes for 1,172 yards, six touchdowns and four interceptions. Cousins has two or more touchdown passes in five of his last seven games. Jordan Reed and DeSean Jackson have combined for 506 receiving yards and three touchdowns while Jamison Crowder has 18 receptions. The Washington Redskins ground game is averaging 93 yards per contest, and Matt Jones leads the way with 267 yards and two touchdowns. Defensively, Washington is allowing 28 points and 413.5 yards per game. Will Compton leads the Washington Redskins with 37 tackles, Trent Murphy has four sacks and Josh Norman has eight pass deflections.

The Baltimore Ravens look to rebound from a tough home loss last week against the Oakland Raiders. Joe Flacco is completing 63.5 percent of his passes for 1,072 yards, four touchdowns and four interceptions. Flacco has one or less touchdown passes in four of his last five games. Steve Smith and Mike Wallace have combined for 491 receiving yards and four touchdowns while Dennis Pitta has 21 receptions. The Baltimore Ravens ground game is averaging 94.3 yards per contest, and Terrance West leads the way with 232 yards and one touchdown. Defensively, Baltimore is allowing 18 points and 256 yards per game. Zachary Orr leads the Baltimore Ravens with 33 tackles, Timmy Jernigan has three sacks and C.J. Mosley has two interceptions.

I'm not high on the Redskins at all and back-to-back wins over the New York Giants and Cleveland Browns doesn't do much to change those thoughts. The Redskins continue to play well against subpar teams but crap the bed when they run into clubs with better talent. The Ravens have a defense that's ranked fourth in total yards allowed and Flacco found his groove last week throwing for 298 yards against the Oakland Raiders. The Ravens are also going to be an angry and focused team after blowing a game they probably should have won on their home field.

I'll take the Baltimore Ravens and the reasonable line here.