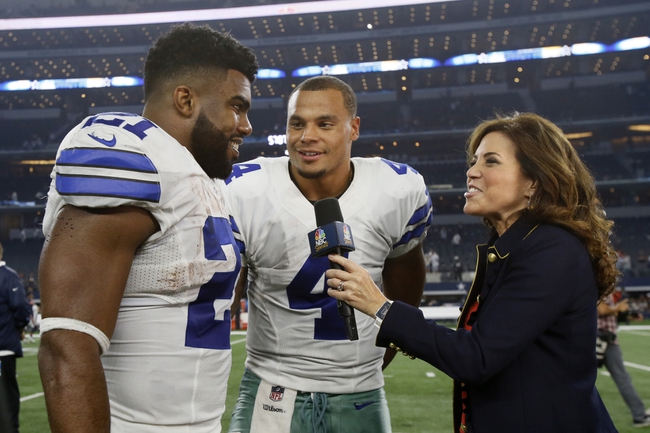 The Cincinnati Bengals look to put together back-to-back wins for the first time this season to get a game above a .500 record. Andy Dalton is completing 66.4 percent of his passes for 1,234 yards, three touchdowns and two interceptions. Dalton has one or less touchdown passes in his last five games. A.J. Green and Brandon LaFell have combined for 676 receiving yards and two touchdowns while Giovani Bernard has 19 receptions. The Cincinnati Bengals ground game is averaging 80.8 yards per contest, and Jeremy Hill leads the way with 221 yards and three touchdowns. Defensively, Cincinnati is allowing 20.5 points and 322.8 yards per game. Karlos Dansby leads the Cincinnati Bengals with 26 tackles, Carlos Dunlap has three sacks and Adam Jones has one interception.

The Dallas Cowboys look to win a fourth straight game in stay in the thick of the NFC East division race. Dak Prescott is completing 67.9 percent of his passes for 1,012 yards, three touchdowns and zero interceptions. Prescott has yet to turn the ball over despite 131 pass attempts. Cole Beasley and Jason Witten have combined for 468 receiving yards on 44 receptions while Terrance Williams has 11 receptions. The Dallas Cowboys ground game is averaging 149 yards per contest, and Ezekiel Elliott leads the way with 412 yards and three touchdowns. Defensively, Dallas is allowing 19.3 points and 358.3 yards per game. Sean Lee leads the Dallas Cowboys with 35 tackles, Tyrone Crawford has two sacks and Barry Church has one interception.

The Cincinnati Bengals have had extra time to prepare for this game after playing last Thursday and has a defense that’s produced nine sacks and four interceptions. This will certainly be a big test for the rookie Dak Prescott. However, you have no choice but to be impressed with the way Prescott and Ezekiel Elliott have handled things, and they’re only improving week by week. The Cowboys are a much better home team than they are the road, which is why they were a popular pick to lose last week against the San Francisco 49ers. The Dallas Cowboys passed that test and I see them passing this one as well.

Give me the Dallas Cowboys to beat the Cincinnati Bengals at home Sunday.