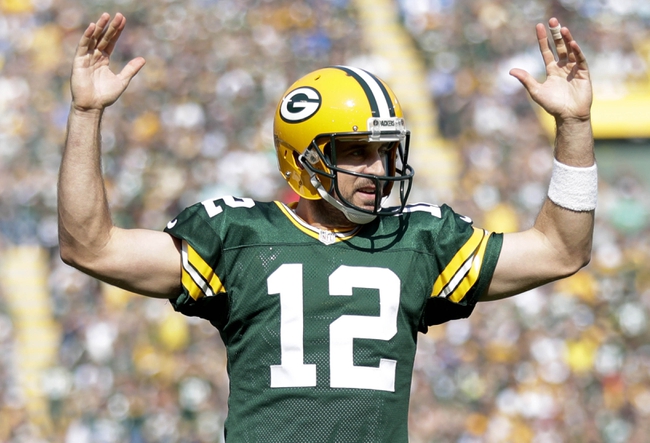 The New York Giants and Green Bay Packers square off Sunday night in a key NFC showdown at Lambeau Field on NBC.

The New York Giants are desperate for a victory after losing back-to-back games and are quickly falling out of the NFC East division race. Eli Manning is completing 66.4 percent of his passes for 1,186 yards, four touchdowns and four interceptions. Manning has thrown at least one interception in seven of his last 10 games. Odell Beckham and Sterling Shepard have combined for 566 receiving yards and two touchdowns while Victor Cruz has 16 receptions. The New York Giants ground game is averaging 93.8 yards per contest, and Shane Vereen leads the way with 147 yards and one touchdown. Defensively, New York is allowing 20.3 points and 339.7 yards per game. Jonathan Casillas leads the New York Giants with 32 tackles, Landon Collins has one sack and Damon Harrison has 23 tackles.

The Green Bay Packers hope to get off to a quick 3-1 start to the season and are fresh off a bye week. Aaron Rodgers is completing 58.5 percent of his passes for 617 yards, seven touchdowns and one interception. Rodgers has 10 touchdown passes in his last six regular season games. Jordy Nelson and Randall Cobb have combined for 338 receiving yards and four touchdowns while Davante Adams has eight receptions. The Green Bay Packers ground game is averaging 100.3 yards per contest, and Eddie Lacy leads the way with 214 yards on 43 carries. Defensively, Green Bay is allowing 22.3 points and 350 yards per game. Jake Ryan leads the Green Bay Packers with 22 tackles, Nick Perry has 3.5 sacks and Damarious Randall has one interception.

The New York Giants are beat up in their secondary and that’s not a good thing when going up against Rodgers and all of his offensive weapons. Not to mention the massive rest advantage for the Packers, as they’re fresh off a bye week while the Giants played Monday night. Yikes. The Giants have so many injuries on both sides of the ball and now have to play a fresh Packers club that’s just itching to get a comfortable victory after some nail biters the first few weeks. The Giants have also failed to finish drives offensively all season long and that’s not going to cut it against the Packers on the road. This could get ugly if the Giants don’t learn how to put the ball in the endzone.

I’ll take the Green Bay Packers to beat the New York Giants by a touchdown.