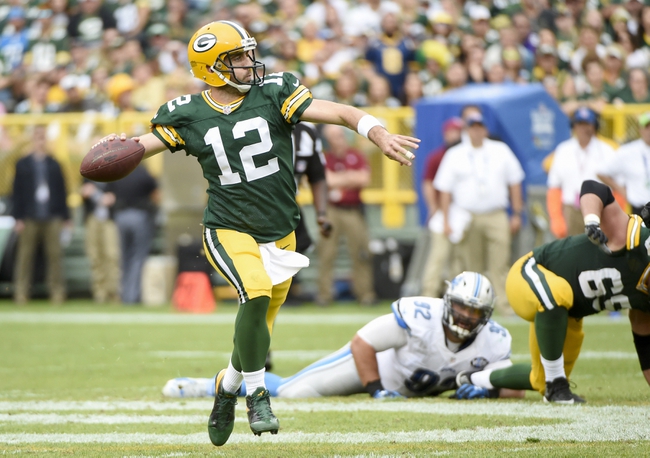 The New York Giants head to Lambeau Field to take on the Green Bay Packers in the 2016 week 5 edition of Sunday Night Football.

The New York Giants fell to 2-2 after a 24-10 defeat at the hands of the Minnesota Vikings. Eli Manning completed 25 of his 45 pass attempts for 261 yards and an interception, his lowest yardage output since week 1. Orleans Darkwa les the ground attack for Big Blue, logging 48 yards on 12 carries, including the Giants’ lone touchdown on the evening, a goal line punch from 1 yard out. Third string running back Paul Perkins led the team in receiving yards with 72 on 2 receptions out of the backfield, while Victor Cruz hauled in 5 passes for 50 yards. The most notable line on the stat sheet came to Odell Beckham Jr., whose 23 yards on Monday was the lowest yardage output in his young career. Beckham has caused some tension in the Giants locker room recently, mentioned by some as being a distraction to his team as a whole. Only time will tell however if that remains to be true. Defensively, the Giants allowed 366 yards of total offense however that was all to write home about as New York failed to sack or pick off Vikings QB Sam Bradford, who has won 4 straight starts for the first time in his career.

The Green Bay Packers come off of their bye week in week 4, however they went into that bye on a positive note with a 34-27 victory over the Detroit Lions in week 3. Aaron Rodgers threw for 204 yards and 4 touchdowns on 15 of 24 passing. Eddie Lacy finally broke out with 103 yards on 17 carries for his first 100-yard game of the season. Jordy Nelson, one of Rodgers’ favorite targets, hauled in 6 passes for 101 yards and a pair of receiving touchdowns. Davante Adams contributed with 23 yards on a pair of catches with a touchdown of his own, and Randall Cobb made use of his lone reception, racking up 33 yards. The Lions logged 418 yards of total offense against the Packers, however Green Bay used a pair of sacks from Nick Perry and another from 2016 third round pick Kyler Fackrell along with a Damarious Randall interception of Detroit QB Matthew Stafford to secure the victory for the Pack.

The Giants did not look good against Minnesota, and now they take on a Packers team that thrives under the spotlight. Green Bay is rested, and will still be feeding off of some momentum from their shootout win over Detroit.

Lay the touchdown with the Packers.