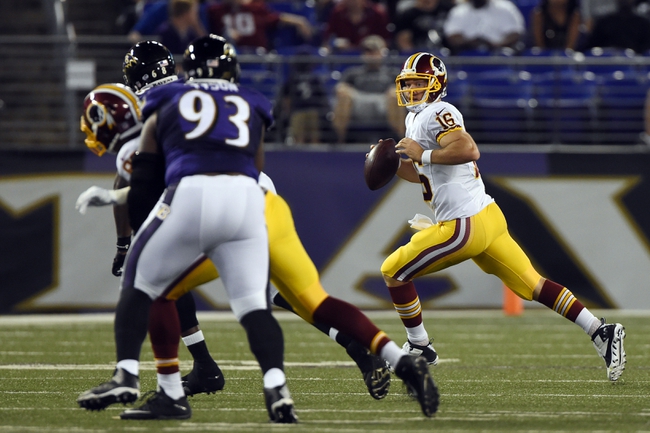 The Baltimore Ravens look to shake off a one point loss at home to the Oakland Raiders as they host the Washington Redskins on Sunday.

The Redskins look to build on back t back wins as they take on the Ravens in Baltimore on Sunday and while Washington is playing much better of late they are coming off wins against the Giants and Browns and that has to be considered when looking at this matchup. The Skins got a big effort on the ground from Matt Jones last week but he faces a stuff Ravens front seven that will be out to neutralize the Washington offense and maintain their top flight defensive credentials. Washington will also need to step up defensively as they have to contend with an angry Ravens side that finally got a strong outing fro a running back as Terrance West has emerged as the go to guy and with Steve Smith defying logic, Dennis Pitta coming back to relevance, and Mike Wallace being a home run hitter the Ravens could be in for a big effort.

Baltimore was one defensive series away from moving to 4-0 but the Raiders did just enough to get a late score and steal a victory as the Ravens fell to 3-1 and set up a show down Sunday with the Skins. Baltimore has had a pretty soft schedule thus far and while I do think they are a decent team they need some stiffer competition if they’re going to be considered an AFC contender and this certainly isn’t the matchup that will get them prepared for the Bengals and Steelers. The Ravens though will be out to get into an offensive groove and feast on a rather soft Redskins defense that has been gashed on the ground this year and with a line just above a field goal it falls into that grey zone of where to bet.