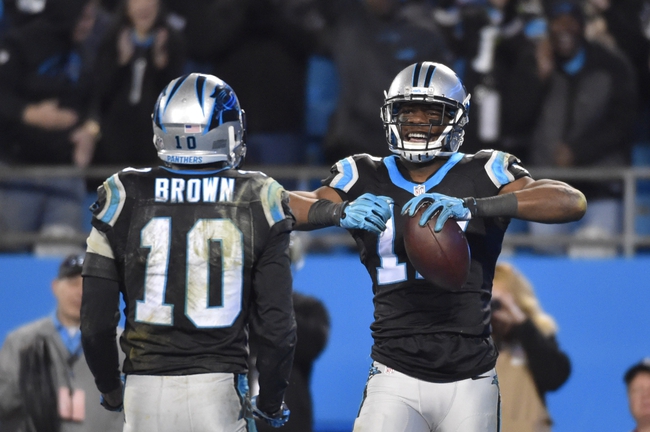 In the Week 5 edition of the NFL’s “Monday Night Football,” we’ve got an interesting matchup looming at Bank of America Stadium between the Tampa Bay Buccaneers and the Carolina Panthers.

The Buccaneers come into this game at 1-3, winning their opener and dropping their most recent three games. Tampa’s most recent defeat came this past Sunday against the Broncos, falling 27-7. Bucs QB James Winston managed to rush for an early TD, but the offense spun its proverbial wheels the rest of the way. Winston would finish with a 17-of-35 line for 179 yards and two picks, while RB Charles Sims failed to find any running room for Tampa on 15 carries for 28 yards.

So far this year, Winston has produced 1108 passing yards and an 8:8 TD:INT ratio for the Buccaneers, while Sims sits at 41 carries, 116 yards and one touchdown. Mike Evans leads the way for the Tampa Bay receiving corps with 26 grabs for 360 yards and three TDs.

Over on the Panthers’ side, they’re also coming into this game at 1-3 after a rough start to their year. Carolina’s latest loss came at the hands of the Falcons, when they allowed franchise records to Atlanta QB Matt Ryan (503 yards) and WR Julio Jones (300 yards). Even worse, Carolina QB Cam Newton suffered a brutal hit to his head and is in the league’s concussion protocol this week, putting his status for the Monday night game in question.

Tampa Bay’s defense has been pummeled this year, allowing at least 24 points in every game (and at least 37 in two of them). The Panthers offense—even with Newton getting knocked around all year—has produced at least 20 points in three of their four games, and the lone outlier there came against the brick wall of the Vikings defense. With or without Newton, I think Carolina takes this game on the strength of a balanced offense and a still pretty-good defense. The Panthers need to get back on track if they want to make another playoff run, and this is their chance.

The pick in this article is the opinion of the writer, not a Sports Chat Place site consensus.
Previous Pick
Calgary Stampeders vs. Toronto Argonauts CFL Pick, Odds, Prediction - 10/10/16
Next Pick
Free NFL Picks, Previews, Odds, Schedule, and TV Info for Every Game for Week 5 2016