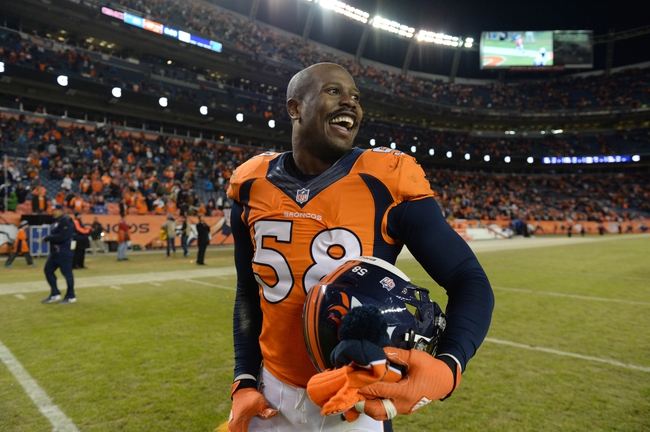 The Denver Broncos look to get back in the win column after a loss last weekend as they head into San Diego to take on the Chargers for Thursday Night Football.

The Broncos suffered their first loss of the season last weekend and will be out to shore some things up on the defensive side of the ball after the Atlanta Falcons gashed them last weekend at Mile High, and now they face another divisional show down on a short week. The Broncos are likely to have Trevor Siemian back in the lineup after he sat out last weekend and that should be music to the ears of the Broncos offense as the likes of Emmanuel Sanders, Demaryius Thomas, and CJ Anderson should be in for big nights against a hapless Chargers defense that was just ransacked by the Oakland Raiders.

The Chargers continue to find ways to lose but are one of the most exciting teams in the league to watch as they have a wealth of options on offense despite being without Keenan Allen, and now with Joey Bosa in the lineup on the defensive line it adds another dimension to their pass rush that has been missing since the start of the year. The Chargers will look for just their second win of the season but will be in tough against a Broncos side that lost their first game and have now fallen into a tie with the Raiders for first place in the AFC West and while it is on a short week and the Broncos will be without Gary Kubiak on the sidelines, I am not sure it matters here as Denver is just the better team.

The pick in this article is the opinion of the writer, not a Sports Chat Place site consensus.
Previous Pick
Week 6 NFL Survivor Pool Picks
Next Pick
Ottawa Redblacks vs. Hamilton Tiger-Cats CFL Pick, Odds, Prediction - 10/14/16