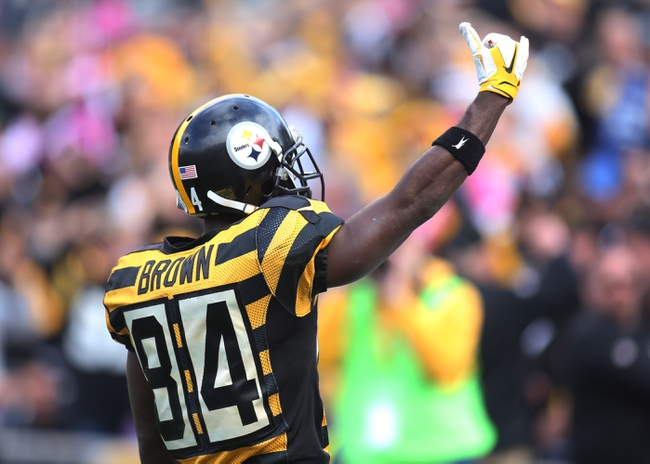 Survivor Pool season is starting to take shape and last week was pretty simple across the board as most of you should have cruised into this week after the Pats had their first juicy matchup of the season. Here are this week’s Top Plays, Pool Breakers, and Pool Makers.

For the first time this season we feature Rex Ryan’s resurgent Buffalo Bills in this section as they are quietly turning things around after making a switch to their coaching staff and now have a home run matchup at home against the struggling San Francisco 49ers. Buffalo’s defense is in for a big afternoon as they catch the Niners traveling across the country with Colin Kaepernick getting the start and everything is adding up to an absolute thrashing by the home team here. Carlos Hyde may have his way but you can’t count on this Niners offense right now and without Navarro Bowman clogging up the middle I think their defense is in trouble as well. Take the Bills.

The Bengals are in a heap of trouble right now as they have become one dimensional on offense and now head into New England to battle a Patriots side that has Tom Brady back and will be playing at home for the first time since their 16-0 loss to the Bills. New England meanwhile is going to find themselves in this section for the remainder of the season when they are playing at Gillette so we won’t water them down too much and will look for other viable options each week but this one in particular looks like an easy win. The Bengals are not a bad team and do get Vontaze Burfict back which will help their defense substantially but against a Pats side on the road I don’t see how they can keep it close.

This is one of my favourite plays of the week despite the fact we are taking a road favourite but when you find a team that is rolling against one on auto fade it is the right time to pull the trigger and we see a Steelers side that looks like a Super Bowl contender against a hapless Dolphins side. Pittsburgh will be able to move the ball at will as Big Ben and company should have no issues and on the other side of things they shouldn’t have much difficulty with a Dolphins offense that has some play makers but hasn’t been able to get anything going. Ryan Tannehill has looked awful, the offensive line not much better, and a broken run game can’t seem to help in any facet which leaves the Steelers in cruise control here.

The Browns remain winless and are the only such team with that distinction in the NFL right now and will look to snap out of that in Nashville this weekend. The Titans are coming off a nice road win against the Dolphins while the Browns were trounced at home by the Patriots but this looks like a trap game to me. Tennessee is still a mediocre team at best and have a ton of work to do on both sides of the ball and while Demarco Murray has been excellent and Marcus Mariota looked very good last week I think this is a game better served untouched as the running games figure to factor in here as the Browns quarterback carousel continues and both teams having respectable defenses.

The Falcons proved last week they are for real as they went into Mile High and left with a win against the defending Super Bowl champions and have won four games in a row in pretty impressive fashion. Atlanta’s only loss came in week one against the Bucs in what looks like an anomaly for both teams as the Falcons have been lights out offensively and have more than made up for their inept defense, even against a solid Broncos defense. They face the Seahawks here who are coming off a bye and playing at home and while Seattle should be able to slow the Falcons down a little bit especially when you consider this is their second straight game on the road, but I think both teams are better served in other spots.

The Cardinals have come back to the forefront after a sluggish start but they still have some work to do and a Monday night show down at home against the Jets could be the spot for them to jump back into the discussion as an NFL elite. Arizona was projected by many to be a power house this season but things haven’t unfolded for them so far but they get a juicy matchup here in prime time against a Jets side that poached their former defensive coordinator in Todd Bowles and you can be sure that Bruce Arians would love to send a message. The run game of the Cards should do more than enough damage here as the Jets offense under Ryan Fitzpatrick hasn’t been great of late and now without Eric Decker for the season I think they teams can key in on Brandon Marshall and with all things considered the Cards are worthy of a flier here.

The pick in this article is the opinion of the writer, not a Sports Chat Place site consensus.
Previous Pick
Edmonton Eskimos vs. Montreal Alouettes CFL Pick, Odds, Prediction - 10/10/16
Next Pick
San Diego Chargers vs. Denver Broncos - 10/13/16 NFL Pick, Odds, and Prediction