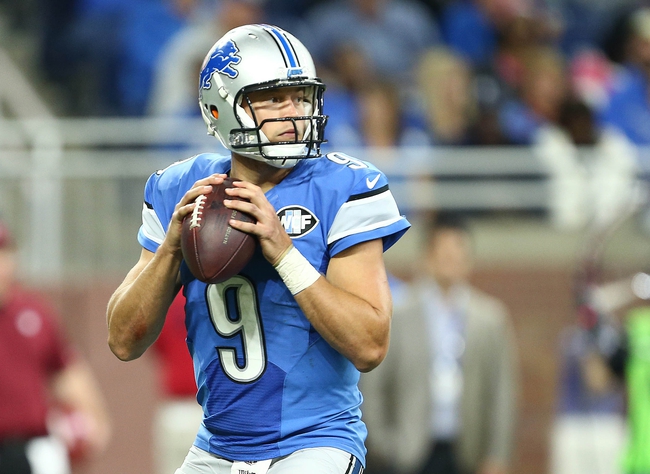 Headed our way on Sunday, October 16 in Week 6 NFL action, the Los Angeles Rams will be visiting the Detroit Lions at Ford Field.

Coming into this game, the Rams are 3-2 on the season and fresh off a 30-19 loss to the Bills this past Sunday. In that game, Los Angeles QB Case Keenum had a forgettable day there, going 21-of-31 for 271 yards and two interceptions. Kenny Britt was the Rams’ receiving leader on five catches for 75 yards, while Todd Gurley contributed 23 carries for 72 yards and one TD.

So far this year, Keenum has provided an 88-of-152 line for 1096 yards and a 4:5 TD:INT ratio, while Gurley leads the Rams in rushing on 105 attempts for 288 yards and three TDs. Britt is Los Angeles’ receiving leader on 23 receptions for 356 yards this season.

Over on the Lions’ side, they’re entering Sunday on a 2-3 record, following a much-needed victory 24-23 over the Eagles in Week 5. The win came on a 29-yard Matt Prater kick, a welcome shot of offense after the Lions had been shut down in that department for almost two quarters. On the day, Detroit QB Matthew Stafford went 19-of-25 for 180 yards and three touchdowns. Theo Riddick headed the run game with 11 carries for 49 yards, while Anquon Boldin led the Lions receivers on four catches for 48 yards.

This season, Stafford has provided Detroit with a 123-of-181 line for 1378 yards and 10 touchdowns, while Riddick is tops in the running game with 50 attempts for 171 yards and one TD. Marvin Jones leads the way for the receiving corps in Detroit, logging 27 receptions for 519 yards and three TDs.

If you’re not a fan of either team, there isn’t a whole lot to like here. Detroit has done reasonably well on offense this year (considering Calvin Johnson is gone), scoring at least 24 points in three of their five games. As for the Rams, it’s tough knowing what you’ll get, but they seem to be improving as the year goes on. Los Angeles scored just nine points in their first two games, but since then have gone 2-1 with at least 19 points in two of them. With Stafford under center, I think Detroit has enough juice on offense to get a win here, and Los Angeles likely won’t be able to keep up. I’ll take the Lions.