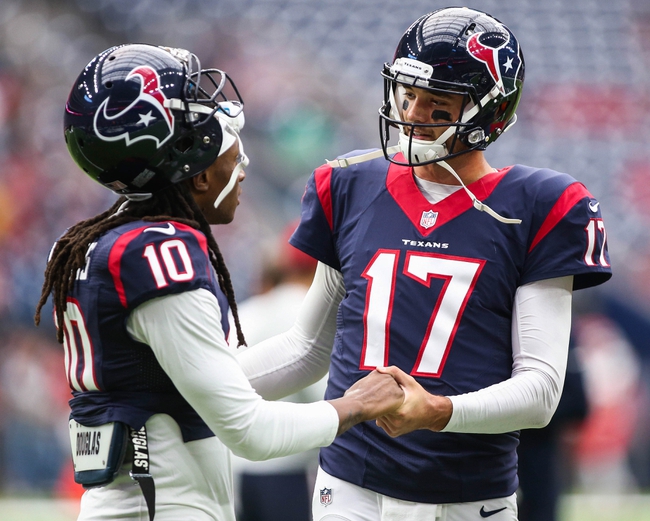 The Indianapolis Colts and Houston Texans square off in a AFC South showdown Sunday night at NRG Stadium on NBC.

The Houston Texans look to avoid back-to-back losses for the first time and keep their AFC South lead. The Houston Texans have won four straight regular season home games. Brock Osweiler is completing 58 percent of his passes for 1,133 yards, six touchdowns and seven interceptions. Osweiler has one or less touchdown passes in five of his last seven games. Will Fuller V and DeAndre Hopkins have combined for 610 receiving yards and five touchdowns while Ryan Griffin has 16 receptions. The Houston Texans ground game is averaging 101.8 yards per contest, and Lamar Miller leads the way with 371 yards on 101 carries. Defensively, Houston is allowing 20.8 points and 300.4 yards per game. Benardrick McKinney leads the Houston Texans with 48 tackles, Whitney Mercilus has 3.5 sacks and Quintin Demps has one interception.

The Colts are a team that continues to struggle on the road, while the Houston Texans only know how to win games at home. Fuller and Hopkins have also proven to be one of the better wide receiver combinations in the league, and they're now going up against a Colts secondary that's 28th in the league in passing yards allowed (301) per game. The Colts defense is just not good at all and the Texans have more than enough offensive playmakers to expose it time and time again. Yes, the Houston Texans and Bill O'Brien consistently show that they may have issues in the big games under the bright lights, but even they should be able to take down the Colts at home.

The Texans take a big step towards a division title Sunday night.