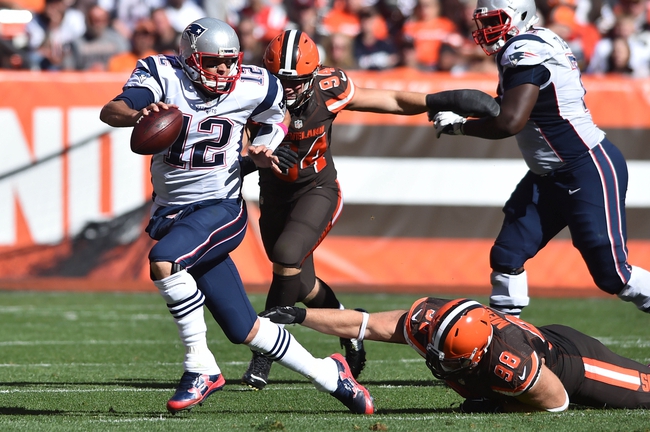 The New England Patriots and the Cincinnati Bengals face off on Sunday in a AFC NFL battle of perennial playoff teams.

The New England Patriots are 4-1 this season and appear to only be getting healthier and better each week. The Patriots offense is averaging 22.8 points and 377.2 yards per game and they are plus 4 in turnover ratio. Tom Brady is back as the New England QB and after sitting out the first 4 weeks he returned last week to complete 70 percent of his passes with 406 yards, 3 touchdowns and 1 interception. LeGarrette Blount is the Pats top rusher with 389 yards and 5 touchdowns and Julian Edelman is the top receiver with 24 catches, Martellus Bennett has 21 catches with 4 touchdowns, and Rob Gronkowski is healthy once again and is contributing. The New England defense is allowing 14.8 points and 345 yards per game with 4 interceptions, 5 fumble recoveries, and 9 sacks. Logan Ryan leads the Patriots defense with 36 tackles, Jamie Collins has 32 tackles, and Patrick Chung has 28 tackles. The Patriots are looking like one of the top contenders in the AFC to make the Super Bowl.

The Cincinnati Bengals are 2-3 this season and they are looking to turn things around so they can keep their string of years of making the playoffs alive. The Bengals offense is averaging 18.4 points and 366.4 yards per game and they are plus 2 in turnover ratio. Cincinnati QB Andy Dalton has completed 67.4 percent of his passes with 5 touchdowns and 2 interceptions and he has been sacked 17 times. Jeremy Hill is the Bengals top rusher with 233 yards and 3 touchdowns, Giovanni Bernard has 118 rushing yards and 25 receptions, and A.J. Green has 36 receptions and 2 touchdowns. The Cincinnati defense is allowing 22 points and 338.6 yards per game with 4 interceptions, 4 fumble recoveries, and 10 sacks. Karlos Dansby leads Cincinnati with 29 tackles, Vincent Rey has 26 tackles, and Shawn Williams has 25 tackles. The Bengals have time to save their season and a win against the Patriots would go a long way towards doing that.

This is a ton of points and I expect the Bengals to make this game as physical as possible. Look for Cincinnati to go to the running game and I see this one being close so the play here is the Bengals and the points.