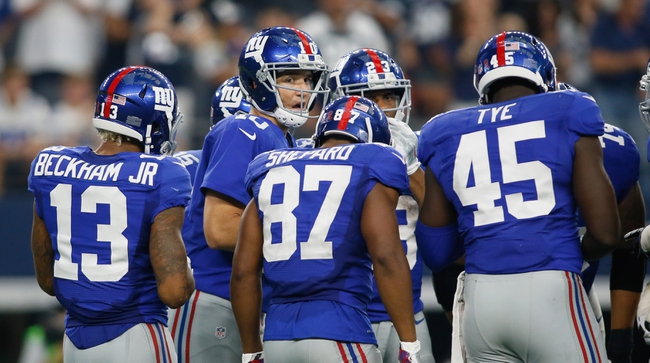 The New York Giants also need a win in order to snap a rough three-game losing streak. The New York Giants have to win this game to stay in the NFC East division race. Eli Manning is completing 63.6 percent of his passes for 1,385 yards, five touchdowns and four interceptions. Manning has one or less touchdown passes in four straight games. Odell Beckham Jr. and Sterling Shepard have combined for 636 receiving yards and three touchdowns while Victor Cruz has 16 receptions. The New York Giants ground game is averaging 83.6 yards per contest, and Shane Vereen leads the way with 147 yards and one touchdown. Defensively, New York is allowing 21.6 points and 358.2 yards per game. Jonathan Casillas leads the New York Giants with 41 tackles, Landon Collins has one sack and Janoris Jenkins has two interceptions.

This is a must win game for both teams if they have goals to make the playoffs or a successful season overall. I also think it's fair to say the Giants are the better team than the Ravens. While Baltimore was losing to beatable teams at home, the Giants had brutal back-to-back road games against the Minnesota Vikings and Green Bay Packers. The Giants play better at home and should be able to put the Ravens secondary to the test with all of their options at wide receiver. Flacco has taken a backseat recently and I'm not sure the Ravens have enough offensive firepower to keep up with the Giants.

I'll tae the NY Giants at home to cover the small line.