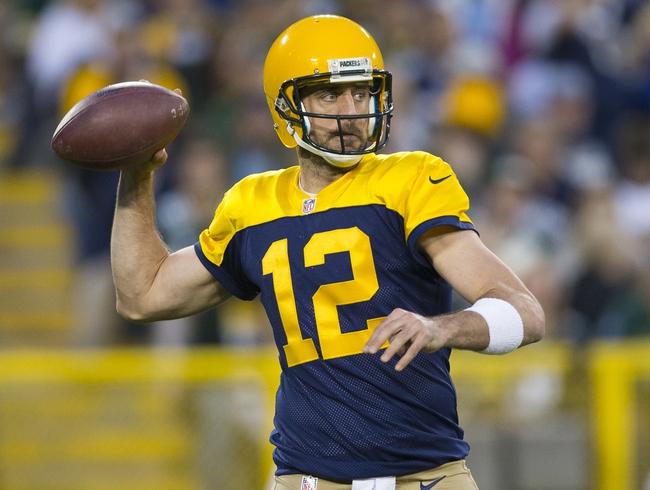 The Green Bay Packers look to get back on track at home this weekend as they face off against the Chicago Bears in an NFC North show down.

The Bears head into Lambeau Field on Thursday night looking to take down the Packers who have come under fire for their play of late, and while Chicago will be without some key pieces so to will the Pack who are without a running game and will have to plug and play some of their wide receivers and newly acquired Knile Davis in this one. With a lackluster running game coming their way the Bears know they can drop back in coverage a little bit and force the seemingly fading Packers passing game take them down and while it is never wise to bet against Aaron Rodgers when he and the offense is struggling, this could be a spot for the Bears to pounce.

The Packers meanwhile look to rebound after getting dominated by the Dallas Cowboys last weekend and a short week at home against an underwhelming Bears side could be the time to break out. However, the Pack will be shorthanded on the ground and in the defensive secondary as they can’t seem to stay healthy, and while the Bears can attest to how bad the injury bug can bite it certainly makes things interesting as an undermanned roster on both sides of the equation could favour the road team here who has had weeks to adjust without their big pieces in the lineup.

The pick in this article is the opinion of the writer, not a Sports Chat Place site consensus.
Previous Pick
Week 7 NFL Survivor Pool Picks
Next Pick
Hamilton Tiger-Cats vs. Ottawa Redblacks CFL Pick, Odds, Prediction - 10/21/16