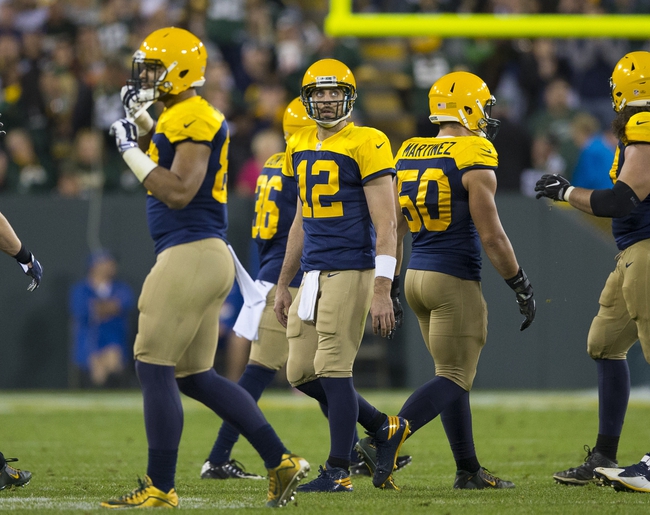 The Chicago Bears are desprate for a big victory after a brutal 1-5 start to the NFL season. The Chicago Bears have lost four of their last five road games SU, which includes three losses this season. Brian Hoyer is completing 68.8 percent of his passes for 1,396 yards, six touchdowns and zero interceptions. Hoyer has six touchdown passes on his last 177 pass attempts. Alshon Jeffery and Eddie Royal have combined for 825 receiving yards and two touchdowns while Cameron Meredith has 26 receptions. The Chicago Bears ground game is averaging 91 yards per contest, and Jordan Howard leads the way with 330 yards and one touchdown. Defensively, Chicago is allowing 23.8 points and 341.2 yards per game. Jerrell Freeman leads the Chicago Bears with 53 tackles, Willie Young has six sacks and Jacoby Glenn has one interception.

The Green Bay Packers look to avoid back-to-back losses for the first time this season and stay in the NFC North race. The Green Bay Packers have now lost four home games dating back to last season after not losing a single home game in the 2014 season. Aaron Rodgers is completing 60.2 percent of his passes for 1,170 yards, 10 touchdowns and four interceptions. Rodgers has seven touchdown passes in his last three games. Jordy Nelson and Randall Cobb have combined for 635 receiving yards and six touchdowns while Davante Adams has 15 receptions. The Green Bay Packers ground game is averaging 105.2 yards per contest, and Eddie Lacy leads the way with 360 yards on 71 carries. Defensively, Green Bay is allowing 22.6 points and 339 yards per game. Jake Ryan leads the Green Bay Packers with 33 tackles, Nick Perry has 4.5 sacks and Morgan Burnett has one interception.

This is a lot of points to lay in a Thursday night game where the games are often sloppy and the players look like they don't want to be playing on short rest. Also, Rodgers hasn't looked like himself lately, as he had many boneheaded plays against the Dallas Cowboys and that offense couldn't get things going at all. The Packers secondary is also banged up and that's resulting in Green Bay being ranked 21st in passing yards allowed per game. The away team has also won six of the last seven games between the Bears and Packers. I'm not saying the Bears are going to win this game, but there's value with the points against a Packers club that hasn't been the same Packers we're used to seeing from years past.

Give me the Chicago Bears and the boatload of points.

The pick in this article is the opinion of the writer, not a Sports Chat Place site consensus.
Previous Pick
Week 7 NFL Survivor Pool Picks
Next Pick
Hamilton Tiger-Cats vs. Ottawa Redblacks CFL Pick, Odds, Prediction - 10/21/16