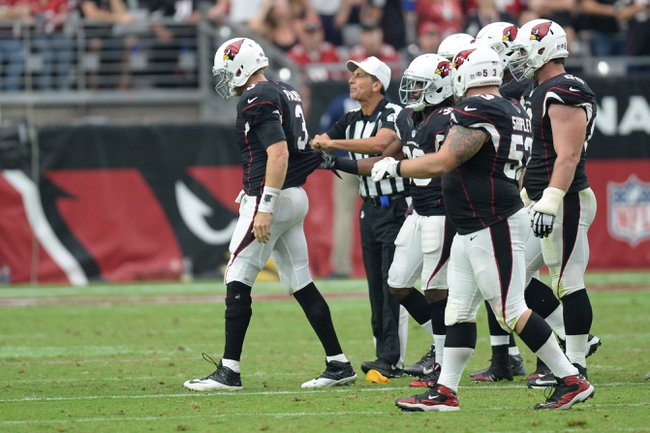 The Seattle Seahawks and Arizona Cardinals meet in a crucial NFC West showdown Sunday night at U of Phoenix Stadium on NBC.

The Arizona Cardinals look for their third straight victory to get right back in the NFC West division race. The Arizona Cardinals have won six of their last nine home games with two coming this season. Carson Palmer is completing 60.4 percent of his passes for 1,363 yards, seven touchdowns and five interceptions. Palmer has two touchdown passes in his last three games. Larry Fitzgerald and John Brown have combined for 711 receiving yards and five touchdowns while David Johnson has 20 receptions. The Arizona Cardinals ground game is averaging 124.3 yards per contest, and Johnson leads the way with 568 yards and eight touchdowns. Defensively, Arizona is allowing 17.3 points and 295 yards per game. Tony Jefferson leads the Arizona Cardinals with 48 tackles, Markus Golden has six sacks and Marcus Cooper has three interceptions.

The road team has won five of the last six games between the Seahawks and Cardinals. However, Russell Wilson continues to look like he's playing on one leg and hasn't exactly been the difference maker we're used to seeing him be. Playing an Arizona Cardinals defense that is quick and rushes the passer extremely well isn't the type of defense you want to face when banged up. Wilson is a sitting duck against this Arizona defense if he's not able to move out of the pocket and make plays with his legs. I'm also sure the Arizona Cardinals had this game circled after getting beat down last year at home by the Seattle Seahawks that cost them the NFC West division.

In a toss-up game, I'm siding with the Cardinals at home.