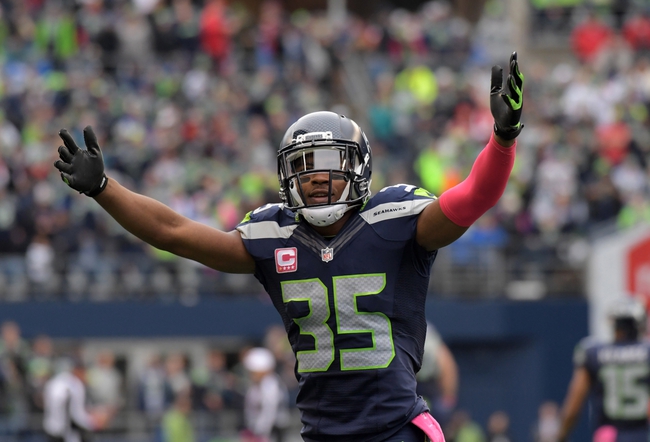 The Seattle Seahawks travel to Glendale to take on the Arizona Cardinals in a week 7 NFC West showdown on Sunday Night Football.

The Seattle Seahawks improved to 4-1 with a narrow 26-24 victory over the Atlanta Falcons in week 6. Seattle had a 17-3 halftime lead before allowing Atlanta to storm back with 21 unanswered 3rd-quarter points to take a 24-17 lead into the 4th where Seattle stormed back with 9 points in a 3 minute span to steal the game. Russell Wilson completed 25 of his 37 pass attempts for 270 yards on the day while only being sacked once. Christine Michael made the most of his 18 carries, logging 64 yards and a pair of touchdowns, including Seattle’s 4th quarter score to spark the comeback. Jimmy Graham led the Seahawks in receiving with 6 receptions for 89 yards, while Doug Baldwin caught 4 passes of his own for 31 yards. After Graham and Baldwin, no other Seattle receiver had more than 3 receptions. Defensively, it was the highest total yardage output by any of Seattle’s opponents to date with the Falcons 364 yards, but it’s to be expected when you face off against the number 1 offense in the league. Just not when you’re supposed to be one of the best defenses in the league in your own right. The performance was highlighted by 4 team sacks, one from defensive end Cassius Marsh and defensive tackle Jarran Reed to go along with a pair from defensive end Cliff Avril who also forced a fumble that was recovered by Tony McDaniel. Add in an Earl Thomas interception off of Falcons QB Matt Ryan, and you’ve got yourself a pretty busy afternoon defensively.

The Arizona Cardinals improved to 3-3 with a 28-3 victory over the New York Jets on Monday Night Football. Carson Palmer looked good in his return from a concussion 2 weeks prior, completing 23 of his 34 pass attempts for 213 yards and a late touchdown. However, Palmer just can’t seem to catch a break as he left the game after throwing the touchdown with what is reported as a strained hamstring so that will be something to watch close to gametime. David Johnson got my game ball for the Monday nighter, logging 111 yards and 3 touchdowns on 22 carries against what is still the 6th best defense against the run. John Brown led the Cardinals receivers with 54 yards on 5 receptions while “Mr. Arizona Cardinal” Larry Fitzgerald caught a team-high 6 passes for 49 yards. Defensively, the Cards suffocated the Jets offense, holding New York to 230 yards of total offense, including a sack and forced fumble by linebacker Alex Okafor to go along with a 3rd-quarter D.J. Swearinger interception of Jets QB Ryan Fitzpatrick. The pick marked Fitzpatrick’s 11th interception in just 6 games which forced New York head coach Todd Bowles to pull Fitzpatrick in favor of backup Geno Smith, who was eventually picked off by Tyrann Mathieu himself.

Even if Palmer starts, the Cardinals are just too inconsistent for my liking to back them comfortably. While Arizona will be a step up defensively for Seattle as opposed to last week, I think Seattle’s poor defensive performance was just a blip on the radar and the Seahawks will buckle down this week. Plus we are getting points with what I feel is the better team.

Give me Seattle and the points.