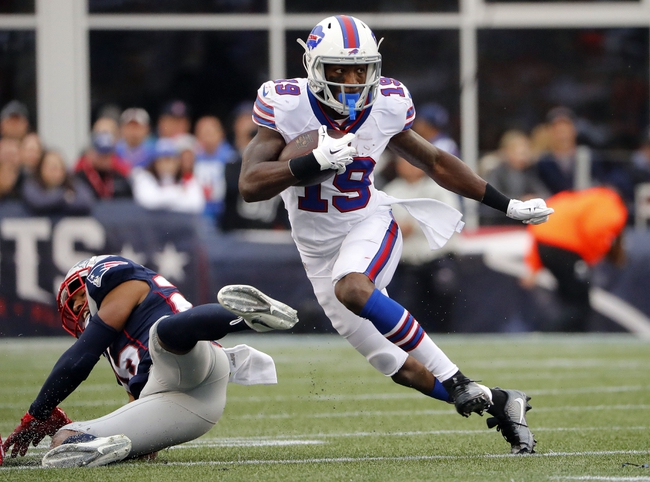 The AFC East will be rocking on Sunday, October 30 as the New England Patriots travel to Ralph Wilson Stadium in Orchard Park to visit the Buffalo Bills.

New England comes in with a 7-1 record this year (with their only loss coming against the Bills), and are fresh off their latest victory, a 27-16 win over the Steelers. In that game, Patriots QB Tom Brady went 19-of-26 for 222 yards and two touchdowns, while RB LeGarrette Blount led the way on the ground with 24 carries for 124 yards and two scored. Big Patriots TE Rob Gronkowski also got in on the fun with four catches for 93 yards and a TD.

So far this season, Brady has put up a 76-of-101 mark for eight touchdowns and 1004 yards, and Blount is sitting pretty with 143 attempts for 566 yards and eight scores for New England. As for Gronkowski, he leads the Patriots in receiving with 17 receptions for 375 yards and two scores.

Meanwhile, the Bills have begun to right the ship on their season in recent weeks, and enter play here with a 4-3 record. Buffalo’s most recent outing was a 28-25 defeat in Miami, which halted a four-game win streak. In that game, Bills QB Tyrod Taylor went 14-of-28 for 221 yards and a TD, and also led Buffalo in rushing on seven carries for 35 yards and a score. Marquise Goodwin would lead the Bills in receiving with four catches for 93 yards and a TD.

On the year thus far, Taylor is 116-of-192 for 1297 yards and nine touchdowns for Buffalo. LeSean McCoy leads the Bills in rushing with 112 attempts for 598 yards and six scores, while Charles Clay is tops in receiving with 24 catches for 268 yards.

The Bills took out New England in convincing fashion during their last meeting, but given Buffalo coach Rex Ryan’s once-in-a-blue-moon tendencies to manage a win over the Patriots, you’ve got to seriously doubt the Bills can do it again. That last win came without Brady on the other side, and you can bet things will be different here. Expect a lot of blitzing from Buffalo to try and throw Brady out of rhythm, countered by New England calling a lot of quick pass plays filled with YAC. The Patriots are simply too good of a team to lose twice to the same squad in a year. I’ll take New England to cover here.