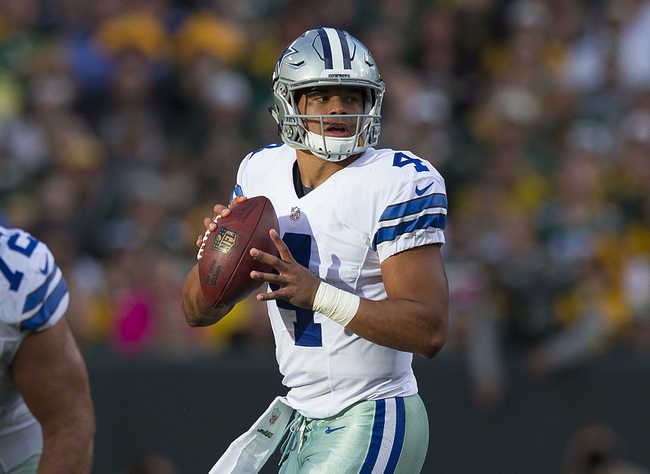 The Dallas Cowboys look for their sixth straight victory to take full control of the NFC East division. The Dallas Cowboys have lost four of their last six games when returning from a bye week. Dak Prescott is completing 68.7 percent of his passes for 1,486 yards, seven touchdowns and one interception. Prescott has all seven of his touchdown passes in his last four games. Cole Beasley and Terrance Williams have combined for 701 receiving yards and four touchdowns while Jason Witten has 28 receptions. The Dallas Cowboys ground game is averaging 161.2 yards per contest, and Ezekiel Elliott leads the way with 703 yards and five touchdowns. Defensively, Dallas is allowing 17.8 points and 358.3 yards per game. Sean Lee leads the Dallas Cowboys with 58 tackles, Tyrone Crawford has two sacks and Barry Church has two interceptions.

The Philadelphia Eagles seem to be coming back down to earth a bit with losses in two of their last three games and subpar play from Wentz at quarterback. Meanwhile, the Dallas Cowboys have shown no signs of slowing down, as their ground game is by far the best in the NFL and Prescott continues to take care of the football. The Cowboys also had an extra week to prepare for this game and are expected to get Dez Bryant back. I don't like this game for the Eagles at all with the way the Dallas Cowboys are playing. Dallas has given us no reason to jump off the bandwagon yet.

Give me the home team and the reasonable number.