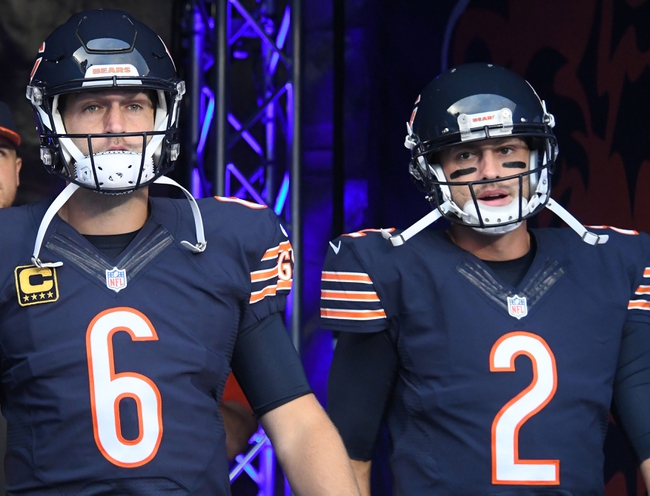 The Minnesota Vikings and Chicago Bears meet in a week 8 NFC NFL showdown Monday night at Soldier Field on ESPN.

The Chicago Bears are desperate for a big home victory to climb out of a brutal 1-6 hole. The Chicago Bears have now lost six or more games in six straight seasons. Jay Cutler is completing 60.9 percent of his passes for 373 yards, one touchdown and two interceptions. Cutler has been cleared to play for the first time since week 2 after suffering a thumb injury. Alshon Jeffery and Eddie Royal have combined for 858 receiving yards and two touchdowns while Cameron Meredith has 27 receptions. The Chicago Bears ground game is averaging 87.9 yards per contest, and Jordan Howard leads the way with 352 yards and one touchdown. Defensively, Chicago is allowing 24.1 points and 350.4 yards per game. Jerrell Freeman leads the Chicago Bears with 65 tackles, Willie Young has six sacks and Tracy Porter has two interceptions.

This is a lot of points to lay with a road team on Monday night, but the Chicago Bears simply aren't a good football team and now are throwing Cutler back in the mix. Cutler against a Minnesota Vikings defense that's allowing the fewest points and yards per game while forcing a league high 16 turnovers. Yeah, that makes the Bears nearly unbackable in this game. You just can't make a case to take the Bears and the points here, as that Vikings defense is going to give Cutler and that poor Chicago offensive line hell.

This is a Vikings or pass game.

The pick in this article is the opinion of the writer, not a Sports Chat Place site consensus.
Previous Pick
Carolina Panthers vs. Arizona Cardinals - 10/30/16 NFL Pick, Odds, and Prediction
Next Pick
NFL Week 8 2016 Picks, Previews, Odds, Schedule, and TV Info