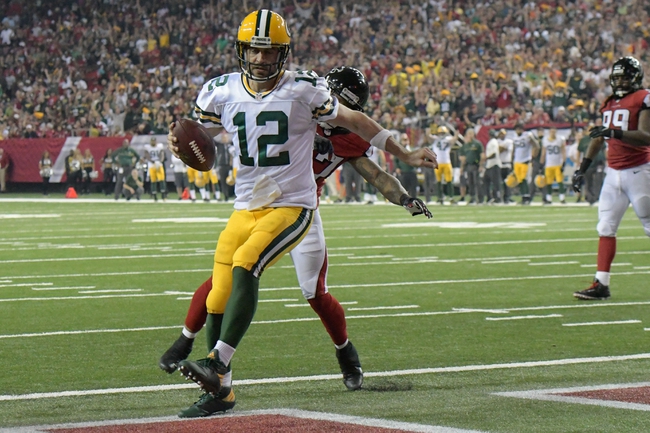 The Indianapolis Colts head to Lambeau Field to take on the Green Bay Packers in a battle between two of the league’s elite passers in week 9 NFL action.

The Indianapolis Colts fell to 3-5 following a 30-14 defeat at the hands of the Kansas City Chiefs. Andrew Luck completed 19 of his 35 pass attempts for 210 yards and a pair of touchdowns to go along with an interception while being sacked 6 times on the day. However Luck also managed to be quite the duel threat in the loss as he led Indianapolis with a team-high 60 yards on 9 carries. Donte Moncrief led the Colts with 41 yards receiving on 4 receptions including a 3-yard touchdown. Phillip Dorsett caught a team-high 5 passes for 33 yards, however he coughed up the ball however the Colts managed to recover to keep their drive going. Defensively, the Colts didn’t put up much of a fight as they allowed 422 yards of total offense to Kansas City, while registering 3 sacks courtesy of Erik Walden, Edwin Jackson and Robert Mathis.

The Green Bay Packers fell to 4-3 after dropping a heartbreaking 33-32 decision to the Atlanta Falcons. Green Bay and Atlanta traded the lead back and forth for most of the game, however the Falcons punched it in with less than a minute to go to seal the victory. Aaron Rodgers completed 28 of 38 passes for 246 yards and 4 touchdowns while being sacked 3 times by the Falcons defense. Rodgers ended up being the Packers biggest duel in his own right as like Luck, Rodgers also led his team in rushing with 60 yards of his own on 6 carries with starting running back Eddie Lacy missing the game due to injury. Jordy Nelson logged a team-high 94 yards and a touchdown on 4 catches, while Davante Adams was back to his old tricks, racking up 12 catches for 74 yards, giving Adams 25 receptions in the last 2 games combined. Jeff Janis, Trevor Davis and Geronimo Allison were the 3 other recipients of an Aaron Rodgers touchdown pass on the day. Defensively, the game was Green Bay’s for the taking however they couldn’t get the stop late when they needed it the most. The Pack allowed 367 yards of total offense while bringing Falcons QB Matt Ryan down only twice on the day, thanks to Mike Daniels and Julius Peppers.

Indy looked bad at certain points last week, while Green Bay is one late stop away from being tied at the top of the NFC North. The Packers defense isn’t as dominant as in years past, however it’s still comparable to a Chiefs D that just stomped all over Indy last week. The Packers can see the division lead with the way Minnesota has been slumping, so I feel more comfortable backing the hungrier team in the Packers.

Lay the points with Green Bay.