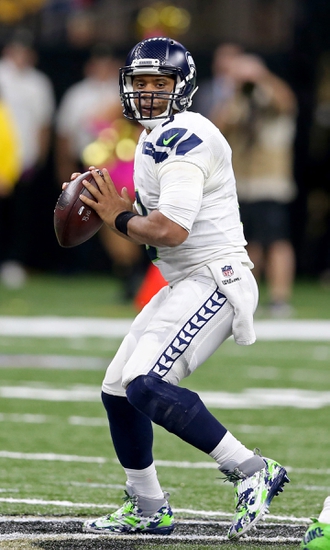 The Buffalo Bills head to CenturyLink Field to take on the Seattle Seahawks to close out week 9 on Monday Night Football.

The Buffalo Bills fell to 4-4 following a 41-25 defeat at the hands of the New England Patriots. Tyrod Taylor completed just half of his 38 pass attempts for 183 yards while being sacked just once on the day, while also contributing 48 rushing yards and a touchdown on his 5 carries. Mike Gillislee led the Bills however, with a team-high 85 yards and a touchdown on just 12 carries. Walt Powell led the Bills with a team-high 59 receiving yards on just 3 receptions while Robert Woods caught a team-leading 4 passes for 50 yards on the day. Defensively, the Bills just had no answer for Tom Brady and the dynamic Patriots offense. The 41 points against was the most allowed by the Bills this season, as the aforementioned Brady improved his career record against Buffalo to a staggering 26-3. The lone bright spot for the Bills defense was the fact that they were able to sack Brady 4 times courtesy of Zach Brown, Preston Brown, Marcell Dareus and Kyle Williams.

The Seattle Seahawks fell to 4-2-1 after a 25-20 defeat at the hands of the New Orleans Saints. Russell Wilson completed 22 of his 34 passes for 253 yards and an interception while only being sacked once in the game. Christine Michael led Seattle with 40 rushing yards on 10 carries while backup C.J. Prosise used his 4 carries to rack up 23 yards on the ground. Prosise did make a bigger impact through the air however, as he managed to catch 4 passes out of the backfield for a team-high 80 yards. Tight end Jimmy Graham’s return to face his former club did not go as planned, as Graham notched just 3 catches for 34 yards on the day. Defensively, the Seahawks got off to a rocking start by way of a fumble recovery that safety Earl Thomas ran back 34 yards to open the scoring for Seattle. However outside of the touchdown and sacks from Cliff Avril and Frank Clark, there wasn’t a ton to get excited about as the Saints registered 375 yards of total offense on the Seahawks.

This game is tough to gauge because the Bills have the ability to score if they want to but can’t play any defense as of late. Seattle has a good defense but can’t seem to score as of late. Rather than try to pick a side, I’m going to side with the over which has hit in the last 8 meetings between these two teams.

The pick in this article is the opinion of the writer, not a Sports Chat Place site consensus.
Previous Pick
Cleveland Browns vs. Dallas Cowboys - 11/6/16 NFL Pick, Odds, and Prediction
Next Pick
NFL Week 9 2016 Picks, Previews, Odds, Schedule, and TV Info