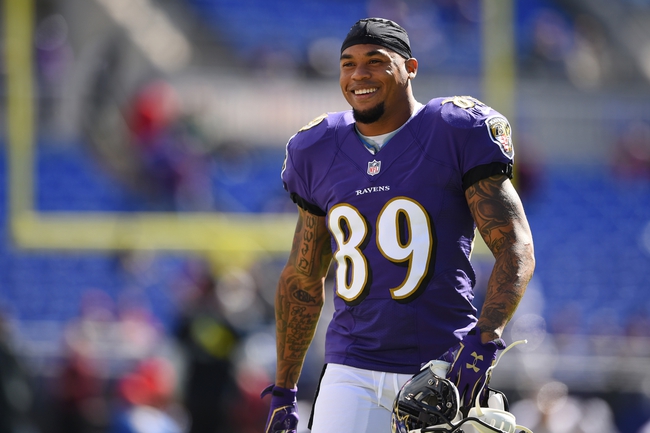 The Cleveland Browns are desperate for a victory that would snap a 12-game losing streak. The Cleveland Browns haven’t won a road game since a 2015 win over the Baltimore Ravens. Cody Kessler is completing 67.5 percent of his passes for 1,150 yards, five touchdowns and one interception. Kessler has one or less touchdown passes in five of his six games. Terrelle Pryor Sr. and Gary Barnidge have combined for 1,005 receiving yards and four touchdowns while Duke Johnson Jr. has 36 receptions. The Cleveland Browns ground game is averaging 106.3 yards per contest, and Isaiah Crowell leads the way with 528 yards and five touchdowns. Defensively, Cleveland is allowing 30.3 points and 421.7 yards per game. Christian Kirksey leads the Cleveland Browns with 81 tackles, Emmanuel Ogbah has three sacks and Jamar Taylor has two interceptions.

The Baltimore Ravens need a big victory here in order to get a game above a .500 record and stay in the AFC wild card race. Five of the Baltimore Ravens last eight victories have come at home. Joe Flacco is completing 61.2 percent of his passes for 2,078 yards, six touchdowns and seven interceptions. Flacco has one or less touchdown passes in six straight games. Mike Wallace and Steve Smith Sr. have combined for 971 receiving yards and five touchdowns while Dennis Pitta has 40 receptions. The Baltimore Ravens ground game is averaging 81.8 yards per contest, and Terrance West leads the way with 445 yards and three touchdowns. Defensively, Baltimore is allowing 19.1 points and 298.8 yards per game. Zachary Orr leads the Baltimore Ravens with 73 tackles, Timmy Jernigan has four sacks and C.J. Mosley has three interceptions.

We all know the Browns history and the fact they're a few losses away from going a full season without a victory. Cleveland is as bad as it gets by NFL standards. However, let's not pretend the Baltimore Ravens have been much better despite their four wins. Flacco is playing subpar football and this Baltimore offense overall struggles to move the chains consistently. And even with a winless season, the Cleveland Browns continue to play hard and are eager to get in the win column. I also don't like laying a big number on Thursday night where the games are often sloppy and full of surprises.

This line is surprising to me. I'm taking my points here.

The pick in this article is the opinion of the writer, not a Sports Chat Place site consensus.
Previous Pick
NFL Week 9 2016 Picks, Previews, Odds, Schedule, and TV Info
Next Pick
San Diego Chargers vs. Miami Dolphins - 11/13/16 NFL Pick, Odds, and Prediction