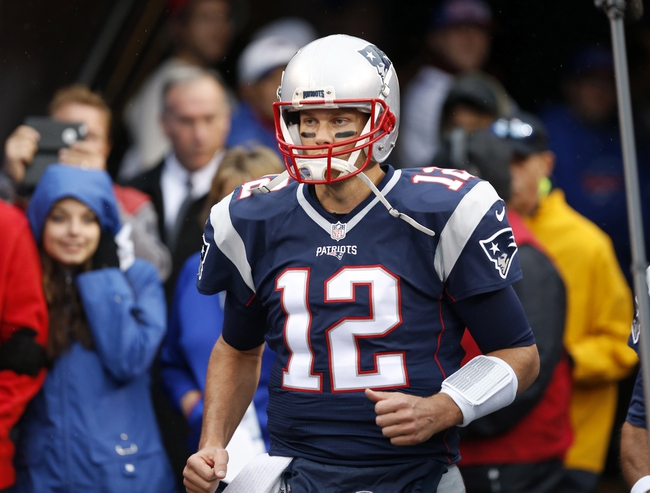 Over at Gillette Stadium in Foxborough on Sunday, November 13, we’ve got a nice-looking Week 10 NFL matchup between the Seattle Seahawks and the New England Patriots on “Sunday Night Football.”

Seattle comes into this game with a 5-2-1 record on the season, and just finished up a 31-25 win over the Bills on “Monday Night Football.” In that game (marred by bad officiating calls in the first half), Seattle QB Russel Wilson had a solid outing with 20-of-26 passing for 282 yards and two scores, while Jimmy Graham sucked up most of the work with eight receptions, 103 yards and two TDs. Tyler Lockett led an ugly running game (33 total yards) for the Seahawks with one carry for 13 yards.

On the year this far, Wilson is sitting at 178-of-267 for 2094 yards and seven touchdowns, and Christine Michael leads the Seattle rush with 112 attempts for 447 yards and six scores. Doug Baldwin is the lead receiver for the Seahawks on 44 catches for 570 yards and two TDs.

As for the Patriots, they’re playing well this year with a 7-1 record, and fresh off a bye week. New England’s last appearance resulted in a 41-25 drubbing of the divisional rival Bills. In that game, Patriots QB Tom Brady logged a 22-of-33 line for 315 yards and four touchdowns, while LeGarrette Blount handled rushing duties on 18 carries for 43 yards and one TD. Rob Gronkowski was the Patriots’ leading receiver with five receptions for 109 yards and one touchdown.

So far this year, Brady has managed a 98-of-134 mark for 1319 yards, 12 touchdowns and no picks, and Blount leads the way on the ground with 161 attempts for 609 yards and nine scores of his own. Gronkowski is New England’s lead receiver with 22 receptions for 484 yards and three touchdowns.

Realistically, there’s not much chance the Patriots will lose this game. New England always steps it up a notch at Gillette, and they’ve scored at least 27 points in five of their last six games. with two weeks to prepare for this one, I expect Brady and company to come in confident and well-rested, setting the stage for an easy cover.