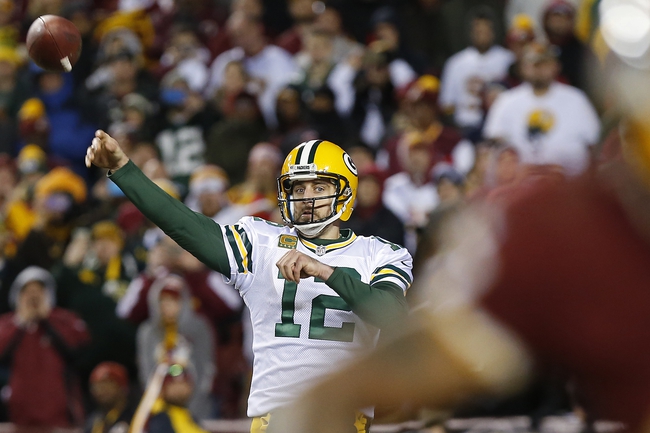 The Green Bay Packers head to FedEx Field to take on the Washington Redskins in the week 11 edition of Sunday night football.

The Green Bay Packers dropped their 3rd straight game to fall to 4-5 after being blown out by the Tennessee Titans by a final score of 47-25. Aaron Rodgers completed 31 of his 51 pass attempts for 371 yards and a pair of touchdowns that were cancelled out by a pair of interceptions. A running back actually led the Packers in rushing for once, as James Starks led the pack with 7 carries for 33 yards while the aforementioned Rodgers called his own number 3 times for 27 yards and a touchdown. Davante Adams and Jordy Nelson were the big winners in the Packers receiving core, as Adams hauled in 6 passes for a team-high 156 yards while Nelson led the Packers with 12 receptions for 126 yards and a touchdown.  It was a rough outing for the Packers defense, as they just had no answer for the Titans offense. Green Bay allowed 446 yards of total offense to go with the season-high 47 points against while the lone highlight came in the form of a Morgan Burnett sack of Titans QB Marcus Mariota.

The Washington Redskins improved to 5-3-1 with a 26-20 victory over the Minnesota Vikings. Kirk Cousins completed 22 of his 33 pass attempts for 262 yards and a pair of touchdowns while being sacked just once on the day. Rob Kelley led the Washington ground game with 22 carries for 97 yards on the day. Pierre Garçon racked up team-highs with 6 receptions for 81 yards while Vernon Davis hauled in 3 passes for 66 yards and a touchdown. Jamison Crowder caught 4 balls for 37 yards and the other touchdown thrown by Kirk Cousins on the afternoon. The game ball for the Redskins defense has to go to linebacker Preston Smith, who had an outstanding game with a pair of sacks and an interception of Vikings QB Sam Bradford. Trent Murphy also joined the sack party as he hauled down Bradford as well for a sack of his own.

Washington has been playing the better football as of late, but Green Bay is too good of a team to keep playing like this. The Packers need this game more, and when you add in the fact that Green Bay has covered in 5 of the last 7 meetings, the points definitely hold some value.

Give me Green Bay and the points.