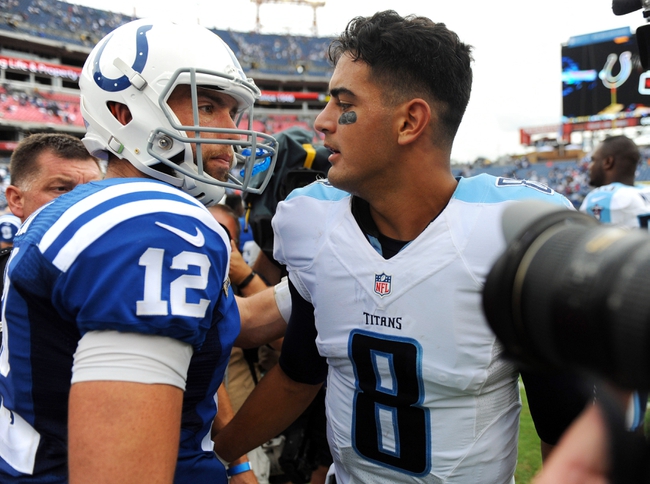 The Tennessee Titans look for another victory to get a game above a .500 record and remain in the AFC wild card race. The Tennessee Titans have won back-to-back games just once since the 2014 season. Marcus Mariota is completing 64 percent of his passes for 2,482 yards, 21 touchdowns and eight interceptions. Mariota has thrown at least two touchdowns in six straight games. Delanie Walker and Rishard Matthews have combined for 1,054 receiving yards and 11 touchdowns while Tajae Sharpe has 30 receptions. The Tennessee Titans ground game is averaging 146 yards per contest, and DeMarco Murray leads the way with 930 yards and eight touchdowns. Defensively, Tennessee is allowing 25.1 points and 361.4 yards per game. Avery Williamson leads the Tennessee Titans with 71 tackles, Brian Orakpo has nine sacks and Jason McCourty has two interceptions.

The Titans are probably playing their best football of the year but at times that's not saying much. The Indianapolis Colts have been able to win games recently with improved play from Luck and company, and they've had an extra week to prepare for this game. The Titans don't have a history of winning two straight games, as they've done it just once in the last three years. I'll take the Colts and the small line at home.