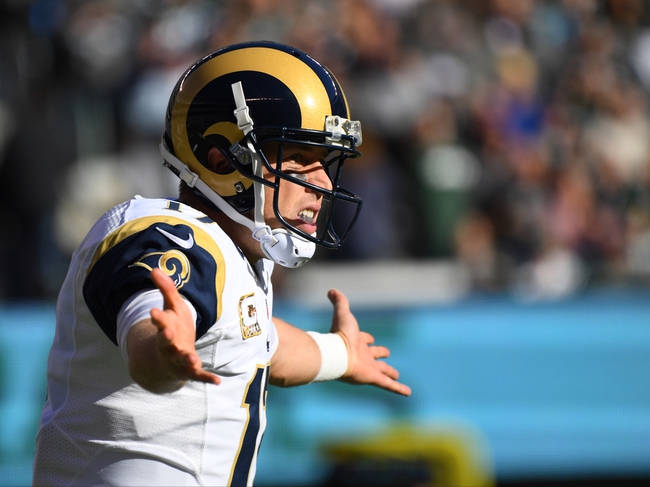 The Miami Dolphins and Los Angeles Rams square off late Sunday afternoon in a NFL matchup at the Los Angeles Memorial Coliseum.

The Miami Dolphins look to build on their four-game winning streak to remain in the AFC wild card race. The Miami Dolphins haven’t won five straight games since the end of the 2008 season. Ryan Tannehill is completing 65.3 percent of his passes for 2,117 yards, 10 touchdowns and seven interceptions. Tannehill has one or less touchdown passes in five of his last six games. Jarvis Landry and DeVante Parker have combined for 1,064 receiving yards and two touchdowns while Kenny Stills has 19 receptions. The Miami Dolphins ground game is averaging 120.3 yards per contest, and Jay Ajayi leads the way with 725 yards and six touchdowns. Defensively, Miami is allowing 22.9 points and 364.3 yards per game. Kiko Alonso leads the Miami Dolphins with 71 tackles, Ndamukong Suh has five sacks and Tony Lippett has two interceptions.

I would love to hear why the Miami Dolphins are an underdog in this spot,  as Miami is one of the hotter teams in the league and the Rams have lost three straight at home. The Los Angeles Rams are just not a good football team and shouldn't be a favorite to anybody. Not to mention the Rams are starting a rookie QB, the same guy who the coaching staff has said all year wasn't ready to play at all. The Dolphins have yet to lose when their full offensive line is healthy and their defense has improved during the winning streak as well. I said the Dolphins would win last week in my write up as 4.5 point underdogs and I'm siding with them here as well. This line is crazy talk.