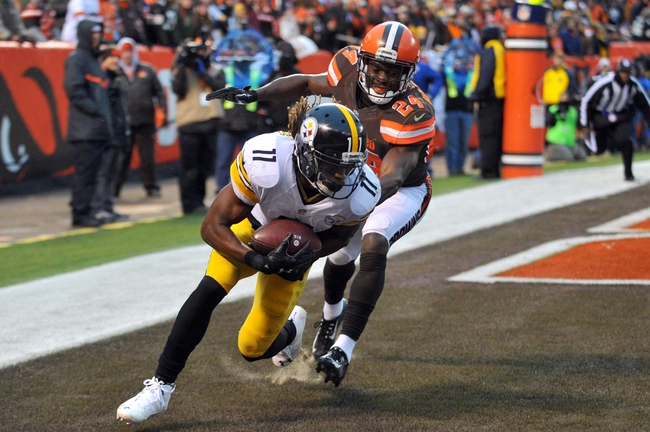 The Pittsburgh Steelers look to avoid being the first team to be defeated by the Browns this season in a week 11 AFC North matchup.

The Pittsburgh Steelers lost their 4th straight game as they fell to 4-5 after dropping a 35-30 decision to the Dallas Cowboys in what some are calling the game of the year. Ben Roethlisberger had arguably his most efficient game of the season, racking up 408 yards and 3 touchdowns on 37 of 46 passing. LeVeon Bell led the Steelers ground attack with 57 yards and a touchdown on 17 carries as he saw all but 2 touches when running the ball. Bell also had 9 cache out the backfield, with 9 receptions for 77 yards and a touchdown while Antonio Brown had a monster outing, pulling in a team-high 14 catches for 154 yards and a touchdown. Defensively, Pittsburgh barely had an answer for the dynamic Dallas offense as the Cowboys racked up 422 yards of total offense while allowing a season-high 35 points against. The lone highlights in the game for the Steelers on D came in the form of a sack from Stephon Tuitt and a strip sack from Anthony Chickillo that Ryan Shazier fell on top of.

The Cleveland Browns lost their 10th straight to remain winless at 0-10 following a 28-7 beatdown by the Baltimore Ravens to kick off week 10 on Thursday Night Football. Cody Kessler completed 11 of his 18 pass attempts for 91 yards and a touchdown before being benched in favour of Josh McCown who connected on just 6 of his 13 passes for 59 yards and a pair of interceptions, though the team has reiterated that Kessler is still the starting QB. Isaiah Crowell led a miserable performance from the Browns ground attack, with 23 yards on 9 carries. Terrelle Pryor set team-highs with 5 receptions for 48 yards while Seth DeValve's lone catch was also Cleveland's lone score on the night, in the form of a 25-yard touchdown from the aforementioned Kessler. Defensively, it was actually a pretty good effort put forth by the Browns, although they allowed 396 yards of total offense, they did sack Ravens QB Joe Flacco twice while also picking him off twice as well. Pittsburgh is 1-3-2 ATS in their last 6 road games and 0-4 ATS in their last 4 games overall while the under is 22-8-1 in their last 31 division matchups. Cleveland is 5-16 ATS in their last 21 games overall and 0-8 ATS in their last 8 division matchups while the under is 5-2 in their last 7 home games.

Ben Roethlisberger has the highest win % against a single opponent in NFL history with a career 20-2 record against the Browns in his career. 20-2! That's downright insane. Add in the fact that the Browns can't do anything right as they keep finding ways to lose games, and I think a touchdown is more than reasonable for the Steelers to cover.