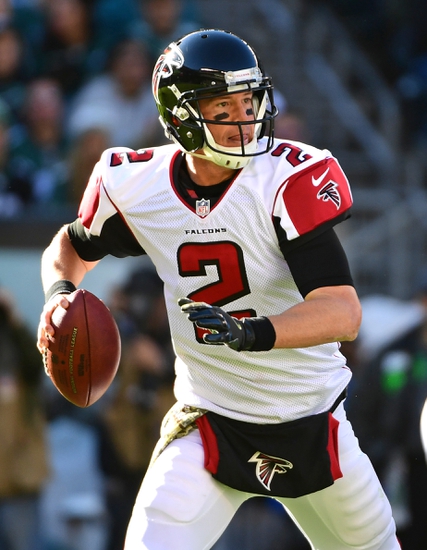 The Atlanta Falcons look to strengthen their lead on the NFC South when they host the Arizona Cardinals in week 12 NFL action.

The Arizona Cardinals fell to 4-5-1 following a 30-24 loss at the hands of the Minnesota Vikings. Carson Palmer completed just 20 of his 38 pass attempts on the day for 198 yards and a pair of touchdowns that were cancelled out by a pair of interceptions while being sacked 4 times in the game. David Johnson snapped out of his recent funk with his first 100-yard game as he put up 103 yards and a touchdown on 22 carries. Johnson also caught 7 passes out of the backfield for 57 yards and a 2nd touchdown through the air. Larry Fitzgerald posted a team-high 63 yards on 6 receptions while Jermaine Gresham caught a pair of passes for 33 yards including a 29-yard touchdown catch and run. Defensively, the Cards held the Vikings to just 217 yards of total offense, it was a pick-six and a kick return for Minnesota that did Arizona in at the end of the day. The Cards managed to hold Sam Bradford to just 169 yards through the air while sacking him twice, thanks to Alex Okafor and Chandler Jones.

The Atlanta Falcons had a much needed bye week in week 11, following a 24-15 defeat at the hands of the Philadelphia Eagles. Matt Ryan equaled his least productive game of the season from week 5, where Ryan completed just 18 of his 33 passes for 267 yards and a touchdown that he cancelled out by throwing an interception. Devonta Freeman led the Falcons ground attack with 12 carries for 49 yards. Julio Jones had another solid game, making up more than half of the Falcons receptions on the night, catching 10 passes for 135 yards while Taylor Gabriel’s lone reception went for 76 yards and a touchdown. Defensively, it was a mediocre showing for the Falcons defense, as they allowed 429 yards, 208 of which were on the ground, to a Philadelphia Eagles offense that had cooled off big time over the last few weeks. The lone highlights came in the form of a pair of sacks courtesy of Vic Beasley Jr.

Arizona is seeing the division slip away and their playoff hopes going along with it while the Falcons are looking to tighten their lead in the NFC South. When you add in the fact that the Falcons are rested and at home, Atlanta and the low line has to be the play here.