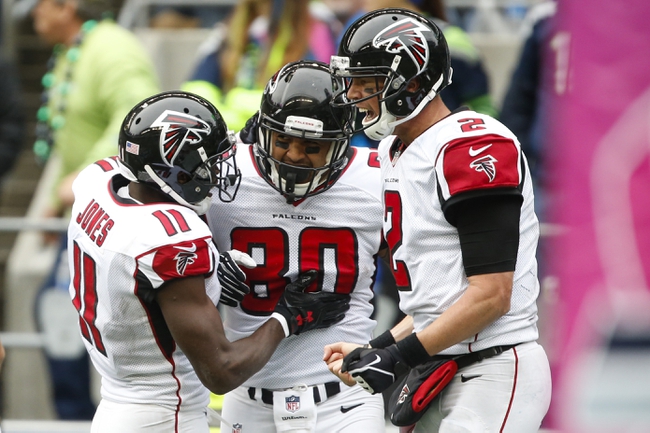 The Arizona Cardinals and Atlanta Falcons meet Sunday afternoon in a marquee NFL matchup at the Georgia Dome.

The Atlanta Falcons look for their seventh victory of the season to build on their lead in the NFC South. The Atlanta Falcons have won six of their last seven games following a bye week. Matt Ryan is completing 68.2 percent of his passes for 3,247 yards, 24 touchdowns and five interceptions. Ryan has two or more touchdown passes in eight of his last 11 games. Julio Jones and Mohamed Sanu have combined for more than 1,535 receiving yards and eight touchdowns while Tevin Coleman has 19 receptions. The Atlanta Falcons ground game is averaging 107.6 yards per contest, and Devonta Freeman leads the way with 669 yards and three touchdowns. Defensively, Atlanta is allowing 28.3 points and 385.9 yards per game. Keanu Neal leads the Atlanta Falcons with 66 tackles, Vic Beasley Jr. has 9.5 sacks and Robert Alford has two interceptions.

Matt Ryan doesn't lose often following a bye week, as the Falcons have won six of their last seven after the extra week off. The Arizona Cardinals have also been a different team on the road this season and that offense is having troublewith consistency. The Falcons are tough to stop in their dome and it's going to be even tougher this week with all of those rested bodies. The Falcons should win and cover this game without much problem.