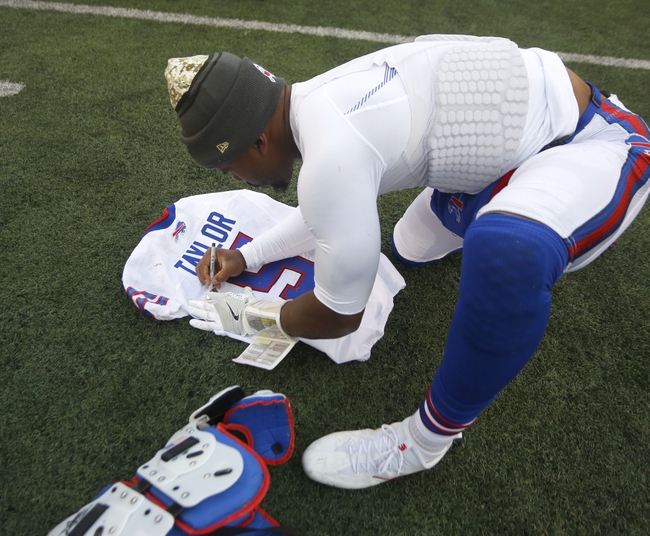 The Buffalo Bills look for their third home victory to remain in the AFC wild card race. The Buffalo Bills have won six of their last eight home games. Tyrod Taylor is completing 61.4 percent of his passes for 1,935 yards, 10 touchdowns and four interceptions. Taylor has one or less touchdown pass in four straight games. Robert Woods and Marquise Goodwin have combined for more than 809 receiving yards and four touchdowns while Charles Clay has 34 receptions. The Buffalo Bills ground game is averaging 157.8 yards per contest, and LeSean McCoy leads the way with 716 yards and seven touchdowns. Defensively, Buffalo is allowing 21.6 points and 350.6 yards per game. Zach Brown leads the Buffalo Bills with 101 tackles, Lorenzo Alexander has 10 sacks and Stephon Gilmore has four interceptions.

Even with the Buffalo Bills being solid at home and the Jacksonville Jaguars not the best road team in the world, this is a lot of points to give a subpar Bills team. The Bills don't exactly blow teams out and actually struggle to win games period due to an offense that can go several series without putting points on the board. Jacksonville competes and has an offense that's shown progress recently. I'll take my free 7.5 points and call it a day.