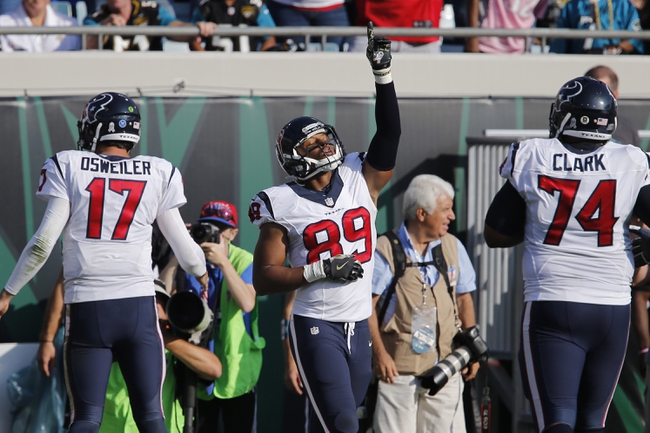 The Houston Texans look to avoid back-to-back losses for the first time this season to keep their lead in the AFC South. The Houston Texans have won six straight home games. Brock Osweiler is completing 59.5 percent of his passes for 2,061 yards, 12 touchdowns and 10 interceptions. Osweiler has one or less touchdown pass in six of his last nine games. DeAndre Hopkins and Will Fuller V have combined for more than 929 receiving yards and five touchdowns while C.J. Fiedorowicz has 35 receptions. The Houston Texans ground game is averaging 121.7 yards per contest, and Lamar Miller leads the way with 824 yards and three touchdowns. Defensively, Houston is allowing 21.5 points and 318.2 yards per game. Benardrick McKinney leads the Houston Texans with 89 tackles, Whitney Mercilus has 4.5 sacks and A.J. Bouye has 10 pass deflections.

The Chargers continue to kind ways to lose games and having an extra week to prepare hasn't helped Rivers and company over the years, as the Chargers have lost four of their last five when coming off a bye week. Meanwhile, the Texans still have one of the top defenses in the NFL and have yet to lose at home. The Texans have been fade material all season on the road but have been money at home with outright wins and covers all year. In a toss-up game, you have to like the Houston Texans to get the job done here.