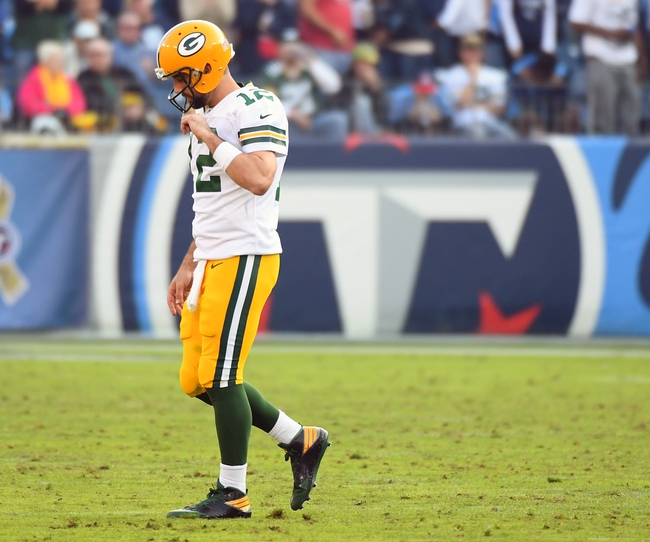 Coming up on the Week 12 edition of the NFL’s “Monday Night Football” on Monday, November 28, the Green Bay Packers will be visiting the Philadelphia Eagles over at Lincoln Financial Field.

The Packers stumble into this game with a 4-6 record on the year. Green Bay has lost four straight games, including a 42-24 defeat at the hands of the Redskins this past Sunday. In that one, the Packers allowed 375 yards and three touchdowns to the Redskins’ Kirk Cousins, effectively sealing their collective fate.

On the season thus far, Packers QB Aaron Rodgers has 2761 yards with 25 touchdowns and seven interceptions, while RB Eddie Lacy is tops on the ground with 71 attempts for 360 yards. Jordy Nelson leads the Green Bay receivers on 53 catches for 663 yards and nine scores.

Over on the Philadelphia side, they’re coming into this game with a 5-5 record so far, losing three of their last four outings. The Eagles dropped one to the Seahawks this past Sunday 26-15, during which Seattle QB Russell Wilson threw for one touchdown and caught another one.

So far this year for the Eagles, QB Carson Wentz has 2339 yards with 11 TDs and seven picks, while Ryan Mathews leads the RBs on 102 attempts for 427 yards and seven scores. Jordan Matthews has 53 catches for 639 yards and three TDs to lead the Eagles receivers.

I’ve picked the Packers to somehow figure things out and win a few times in the last month or so, and I’ve gotten burned every time. Green Bay is simply not a good team, especially on defense, where they’ve given up a whopping 153 points in just their last four games. Add that to the inconsistency and unfortunate injury issues on the offensive side and you’ve got a recipe for missing the playoffs. Philly isn’t that great either, but we can say that all but one of their losses this year have come by one score or less, so they’ve been in games. I’ll take the beat-up Eagles here, as I’ve completely given up on the Packers.

The pick in this article is the opinion of the writer, not a Sports Chat Place site consensus.
Previous Pick
Cleveland Browns vs. New York Giants - 11/27/16 NFL Pick, Odds, and Prediction
Next Pick
NFL Week 12 2016 Picks, Previews, Odds, Schedule, and TV Info