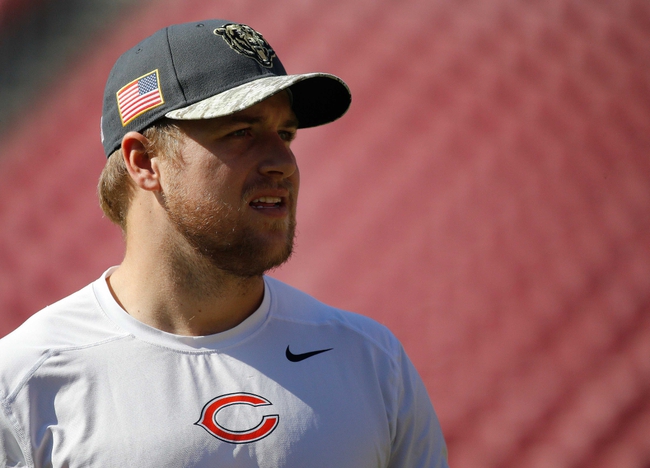 The Chicago Bears could also use a feel good victory after losing six of their last seven games. The Chicago Bears have lost eight of their last 10 home games. Matt Barkley is completing 49.3 percent of his passes for 397 yards, three touchdowns and four interceptions. Barkley has thrown two interceptions in both of his games this season. Alshon Jeffery and Zach Miller have combined for more than 1,116 receiving yards and five touchdowns while Cameron Meredith has 35 receptions. The Chicago Bears ground game is averaging 98.5 yards per contest, and Jordan Howard leads the way with 766 yards and two touchdowns. Defensively, Chicago is allowing 24 points and 343.2 yards per game. Jerrell Freeman leads the Chicago Bears with 91 tackles, Willie Young has 6.5 sacks and Tracy Porter has two interceptions.

Say what you want about the San Francisco 49ers and their 10-game losing streak, but they have shown the ability to compete and Kaepernick is showing signs each week of returning to the quarterback that once led this franchise to a Super Bowl. The Bears aren't much better than the 49ers and having Barkley at quarterback forces me to think even less of Chicago. This is a sure toss-up between two bad football teams no matter how you slice it. I'll take my free points with the road team and the better QB. However, there are certainly better bets out there this week.